It seems like lately most of my blogs seem to be about the Apex.  I'll try to work on that and add some other things in here from time to time.

The Apex saved my home. Sorta. For the past couple of days, I was getting Power Lost alerts from Fusion, yet everything was on. The reef was normal, tv was normal, internet was normal, the only thing I was seeing was the lights in the bathrooms would flicker a little and I assumed it was brownouts.

Saturday night as I was heading to bed, I heard the tiny bip that the Apex Display Module does when an alarm is on. I checked the alarm, power was off but clearly it was on. Decided to go to bed, and investigate in the morning. When I got up, I had about 9 duplicate alarms, for every hour I slept saying power was out. 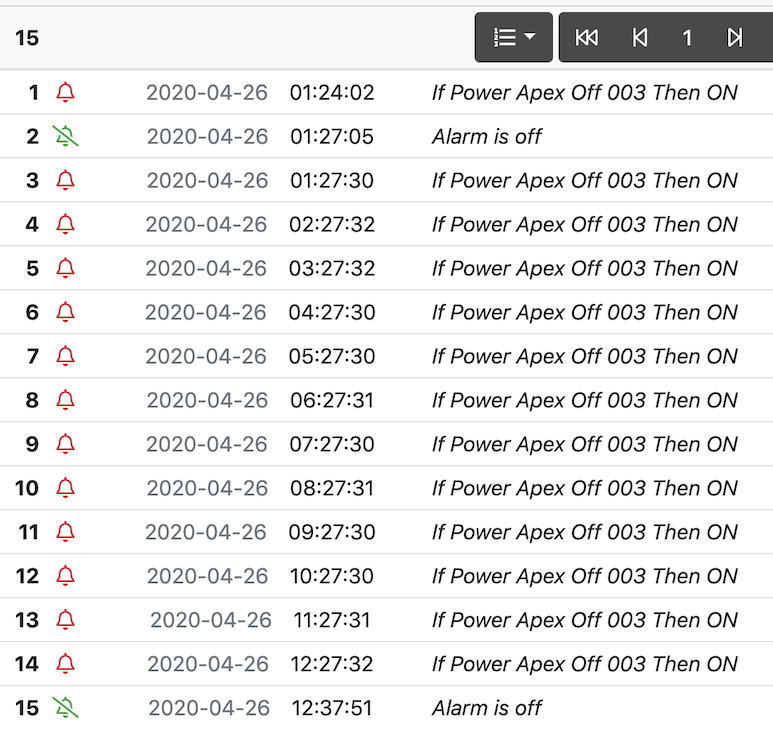 My Apex brain is plugged into the Eb832, and I have the black power supply plugged into a UPS for backup. My assumption was the UPS is having issues, so I removed it from the electrical cabinet and plugged in into a different outlet in the kitchen. The UPS started wailing, and a light appeared on the side, next to the words "Crossed wiring."

I recently bought this gizmo to quickly check outlets. You want two yellow lights on the right, but it was showing red and yellow. No bueno. I checked each outlet in the kitchen, and discovered one circuit has been wired wrong for -- 20 years -- and no-one has ever noticed it despite work being done in the house, let alone the original home inspection that was performed when I purchased the house. 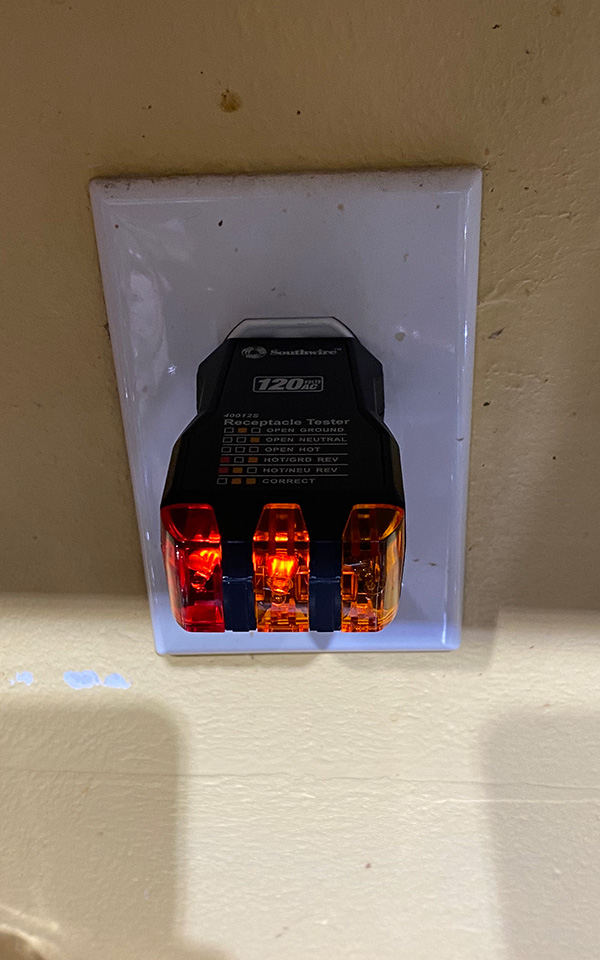 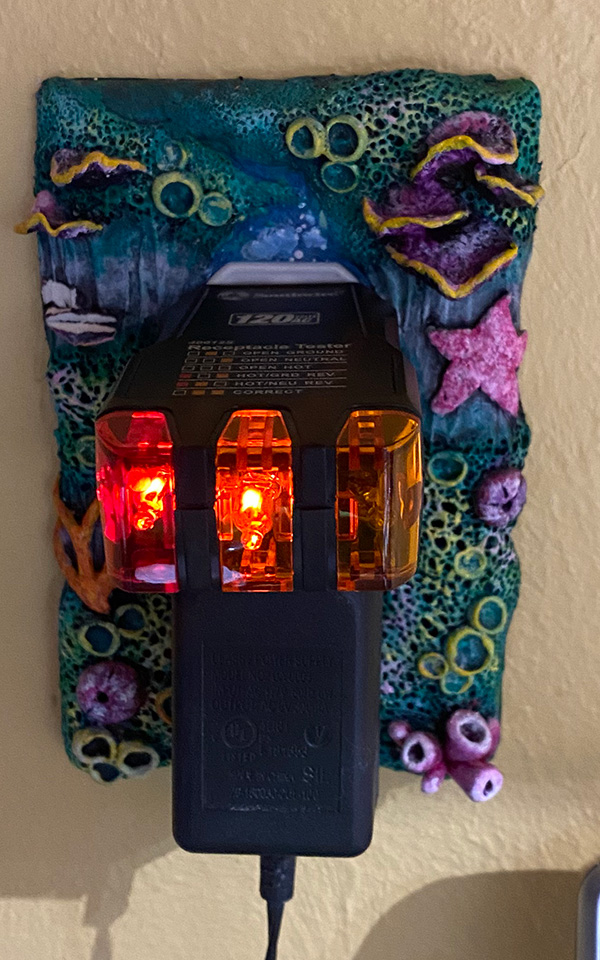 This circuit includes my microwave, which from time to time would pop the circuit for no reason. I couldn't make it happen on demand, it just did it once a while and I'd have to reset the breaker.  This plug (below) was behind the microwave, 100% out of sight. I pulled out the outlet and visually discovered that the black wire and white wire were on the wrong sides.  Black always is on the right side of this type of outlet, white on the left. 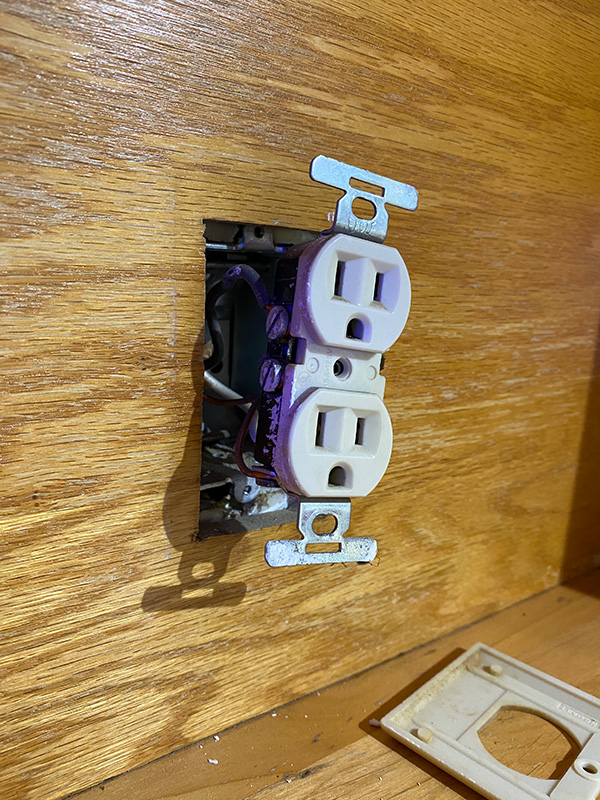 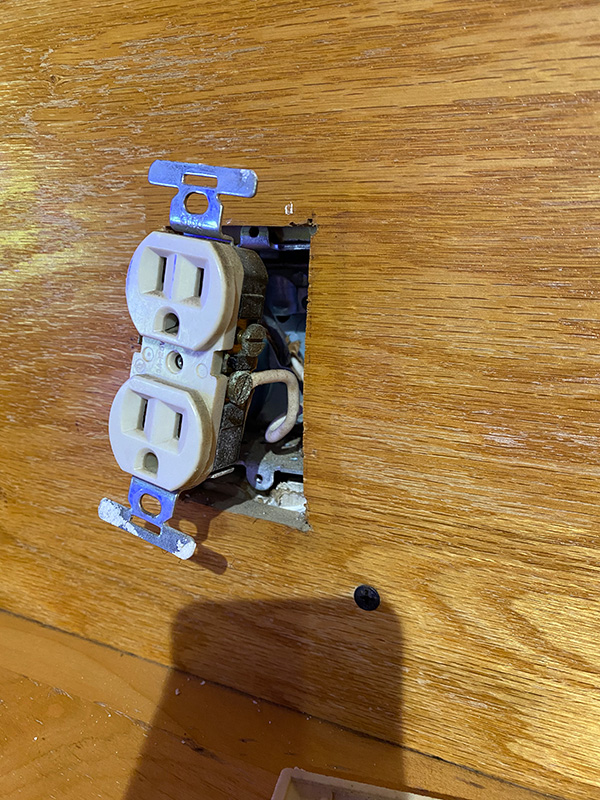 Yesterday, I replaced one outlet since it is used so much.  The screws on the side of outlets indicate which side gets the white & black wires (the screws are silver and bronze colored, basically), and the markings on the back state the correct way to wire it, too. I bought a "commercial" grade 15 amp outlet, which was about $1.25 more than the regular wall outlet.

All of those outlets are now fixed and I verified a bunch more outlets in my house while I had the tester handy. I still need to get the UPS checked out but now you know how the Apex saved my house.