I discovered a missing line in my Apex code tonight. It's programming is coded to have it notify me via alarm, email and push notification if the tank gets too cold. That would be for my 400g. However, I never added an extra line of code for the separate frag system. Oops! Three years later, I find this out.  Wow.

That secondary tank felt quite cold and I realized I've not paid much attention to the water temperature of that system. Going back through the Apex logs, I discovered the heater for that tank failed on December 26th, and the tank has been running cooler for weeks, ever since. 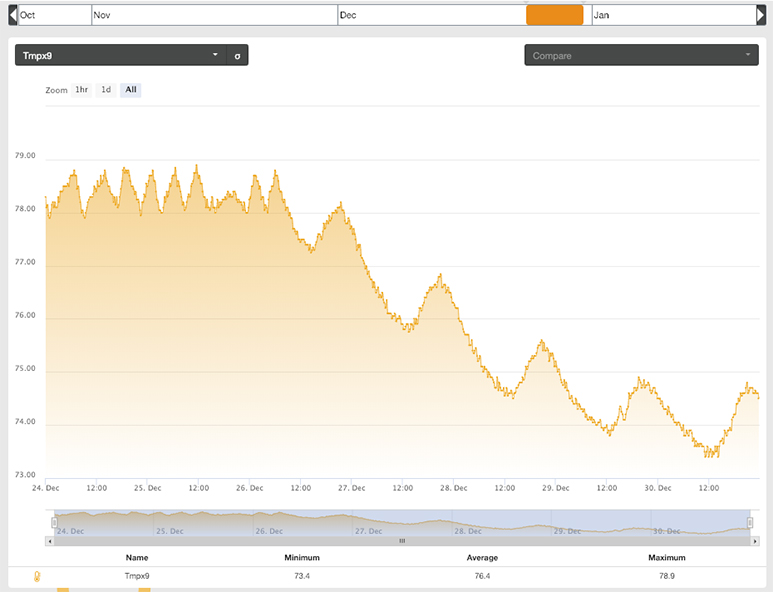 During the day time it was about right in number, so I never caught on or noticed a problem. But it was rather chilly when I dipped my hand into the tank to grab the inner cleaning magnet two hours ago. Over the past few days, based on the graph I quickly checked, it's gotten as low as 73.8°F!

The heater was getting power from the EB8, and the light was blinking on the heater itself (so it was on) but it wasn't providing any heat any longer. This heater has been in use for almost three years, so replacing it wasn't a big deal nor untimely. I put in a new 100w Neotherm to replace the old one. Here's my new line of code, highlighted: 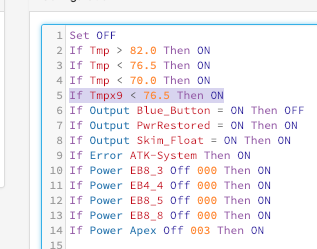 Now that my alerts are updated, I'll get notified in the future if the tank's temperature dips too low again. In the meantime, the temperature is slowly rising to my desired setpoint. 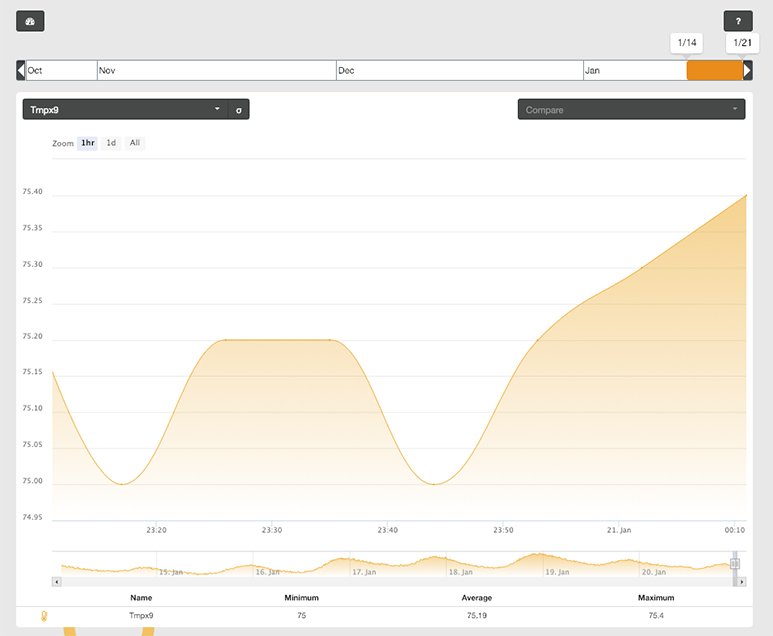