Word to the wise: Be very careful with kalkwasser in your main tank. I mixed up a paste of pickling lime to kill one large aiptasia. I drew this mixture up into a syringe, pulled the rock out of the tank and proceeded to inject the vile beast until it resembled black tar. Then I rinsed the spot with another syringe of water.

What I didn't know is that the rock was very porous, and a lot of the kalkpaste was still contained within. After replacing the rock into its former position, the current blew the solution directly into the two gonioporas to the right of that rock. Both were badly burned, completely melting the tissue to the stony base in several spots. I was heartbroken, since these are very tough corals to care for in the first place. 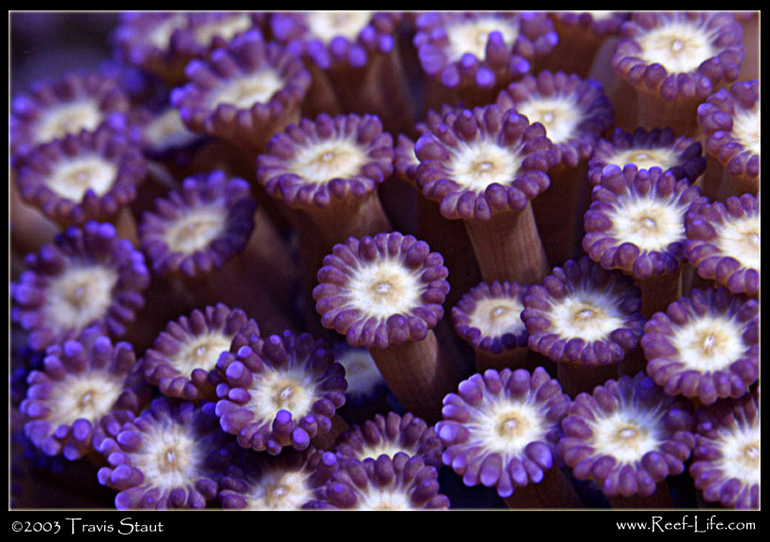 Here is a picture of the purple goni before this occured. It doesn't look good and I have a feeling it won't recover. The green goni looks better, but you can tell it's missing quite a few polyps when it is fully extended.