Within a few months, the Bubble Tip Anemone doubled its original size... but that is only where this story starts. Sadly, one of my dear Percula Clowns jumped from the tank one night and perished. I'd had him for about 3 years, and felt sad for the other Clown, who'd be lonely. They always swam in tandem, never straying apart. After that loss, I'd begun to look for a new clown to add to the tank, but instead opted for this nice anemone.

I purchased this Bubble Tip Anemone (BTA) about two months ago. It was light green in color and very delicate. The first day that I put it in the tank, I placed it on a level spot that I hoped would be a showcase spot. However, within a couple of hours, it moved, crawling underneath the live rock, completely hidden in a cave. Of course, I was dismayed. However, in a couple of days, it had worked its way up through the crevices of the live rock, and displayed its bubble tipped tentacles.

It really appeared squished in that location, but I really couldn't do anything about it. For a couple of weeks, it stayed there and I did my best to feed it where it resided. It responded nicely to the food. However, the clown fish ignored it completely. After about 14 days, the clown began checking it out, and soon became convinced that the anemone was its new home! Because it was so small, the clown had a hard time swimming "in" it. However, as you can see here, the anemone has grown nicely, and the clown can now dive into it and enjoy its protection. These pictures on this page were taken before the lighting was turned on for the day, and it was quite extended from the crevice it chose to attach itself to.

I feed the anemone about every three days a variety of food, and hope to encourage it to continue to grow larger and larger. Perhaps I'll be lucky and it will split in two. I've read that this can happen in captivity for many reef mariners, and I'm wanting to see this first hand. This picture was taken from below to give you an idea of the height it was extending. At this point, this mature clownfish could almost completely hide in the tentacles.

Given time, good water conditions and choice feedings, this animal should grow nicely and make its presence known. The bubbles are very apparent on this delicate creature. The growth continues. Now the BTA dwarfs the clown AND the flame angel. Still small feedings every 3 days. The BTA is trying to tell me I need a bigger tank a.s.a.p. (grin) I'm feeding less, maybe once a week now. It eats anything else - flake, mysis, brine - whatever the fish don't catch quickly enough. Late January to early February 2003 I had a fear that my BTA was declining. I saw a lesion near the mouth, and it had reduced in size by one third. I started to feed pieces of food again, thinking it simply wasn't getting enough nutrition from the fish food it captured daily.

I also added a wavemaker to the system, and the very next day the anemone showed a huge improvement. That was about 10 days ago and the above photo shows how large the anemone is. The waves hit the BTA every seven seconds, and I really believe it has helped this animal improve. 14 months since it was purchased, the BTA seems quite happy in its home. The clown is always nearby.

On July 31, my anemone spawned!! Click here to view that event. 19 months old, the anemone has shown some change in the shape of the tentacles. It also has looked deflated more often than not, but I'm beginning to believe that can be attributed to a lack of food. I'm guarding the anemone during feedings to make sure it has the full opportunity to eat without disturbance. A new clownfish was added to the tank to mate with the 6 year old Percula. They are getting along just fine and the anemone doesn't seem to mind at all. My Bubble Tip Anemone split, the proud parent and its 'clone' remaining near one another. Here are the details. Three anemones are viewable. They have better days at times, and other times they deflate quite a bit. The challenging thing is to feed them without the clown fish being bothersome. I use nets to protect them during feedings currently. The BTAs were moved into my 280g reef, and under MH lighting and tons of current, they split again. I have 5 baby BTAs in my tank now, all from the original bubble tip anemone I bought so long ago. They are all quite small, but seem to be growing slowly. I'm not trying to rush their growth, and they are fed a piece of shrimp about once a week. The clown you see is a male Ocellaris that is 1.5 years old. The female Percula is now 7 years old, and loves her choices of homes. She isn't in this shot, but was nearby. If you look very closely at the spot just to the left of the "4." you'll see a brand new clutch of clown eggs that the female laid earlier that day. They are bright orange, and there are about 100 eggs there. More details. Much to my surprise, this page hasn't been updated in almost a full year! How did that ever happen. Well, as you can see above, the BTAs are still with me. There are three that are still on the same piece of LR, and the mated clownfish continue to lay a clutch of eggs every two weeks like clockwork. The female True Percula is 8 years old now, and the male False Percula is 2 1/4 years old. No longer do I feed the anemones. Every night when I pour in the nightly dinner for the fish, the anemones catch what they need, and continue to grow ever so slowly, which is fine with me. You can see the size of the anemones if you compare them to the fish and the Mean Green zoanthids at the base of the image. At this point, the original anemone is 3.5 years old, and the clones are over a year old. They never make bubbles any more, but each tip is bright pink for some reason. Another year later, and the three BTAs continue to thrive in that same spot. The clowns continue hosting in it, and they lay a clutch of eggs every 14 days. This picture was taken while the pumps were off. I discovered that one of the BTAs split, so now there are four in my reef. Hopefully it will stay put because I would prefer they don't go wandering into my reef. As of this date, the original BTA has been in my tank for over 5 years. 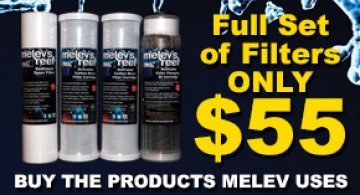 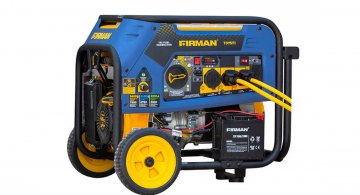 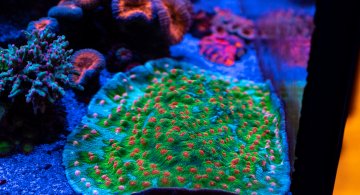 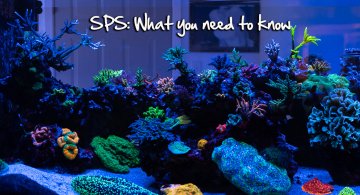