Recently I received a shipment of products from Brightwell Aquatics. I wanted to try out their Xport NO3 Brick and see if it can remove nitrate as advertised. My reef has plenty, so this is a good test. I tested nitrate last night. Elos maxes at 25ppm and it was over 25ppm; API measured over 40ppm.  The brick is rated to treat 1000g, and my total water volume is about 450g including the Anemone Cube, the 400g reef and the water in the sump, factoring for displacement of all the sand and rockwork.  One of these should do the job.

First thing I did was read the instructions. These indicated that I should place the brick in a bucket, and rinse it well.  I decided to use tank water instead of RO water since that was a viable choice, and poured one gallon in a 3g bucket.  That was more than enough to be able to submerge the brick.  However, it tends to float intially because it is so light, and I'm guessing due to the porous nature of the material air is trapped within it at first.  Then it said to add Microbacter 7 to the solution, so I did a measurement and it called for 90 ml for my tank's size.

I poured it in, and swirled the brick back and forth in the solution for 30 seconds to mix it well and get some all over the brick. 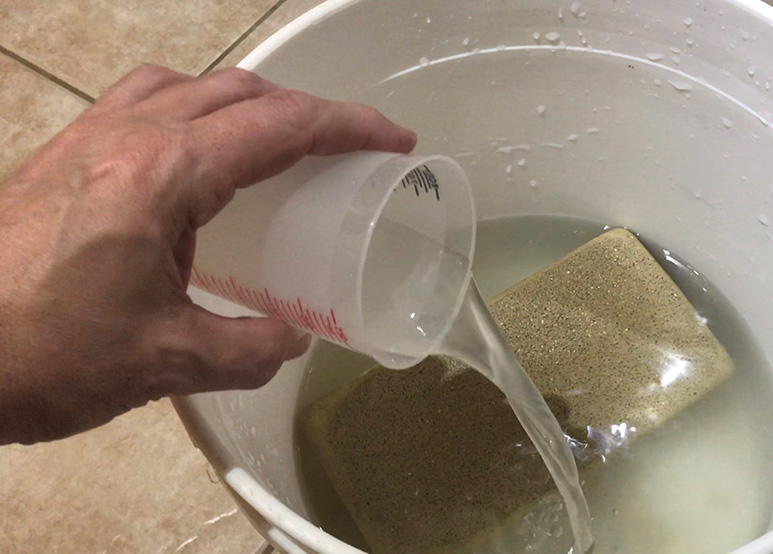 The instructions say to wait 24 hours, which I did. In that time all the liquid and bacteria would permeate the brick's innards. I placed that seeded brick in my sump a few minutes ago, and now we wait.  I decided to put it in an area of higher flow, right after the triple baffles (post-skimmer section) which you can see in this image below. 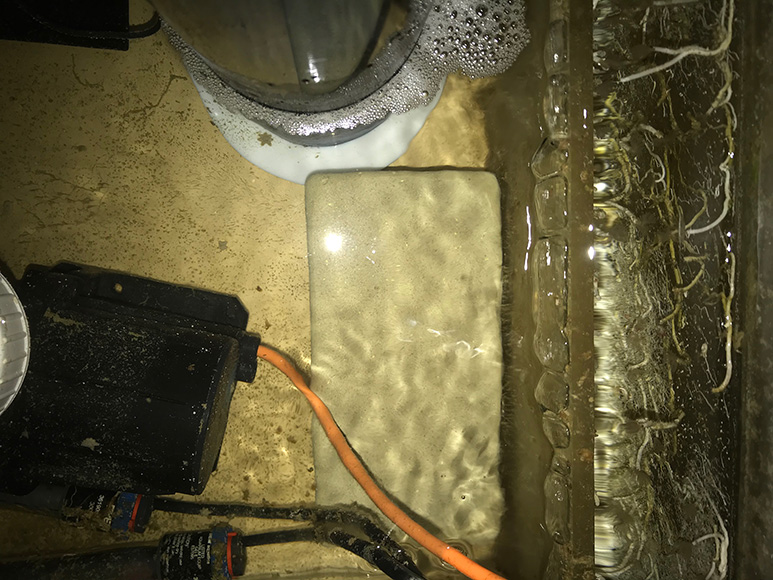 My first inclination was to use two of these Xport bricks, but that would be 'treating' for 2000g which seemed like overkill. Plus I want to see i this works per their recommendations. I'll be testing nitrate weekly, and hopefully I'll report back that it was a success. According to the packaging this is a sulfur-based product, which makes sense, since sulfur denitrators have been around for many years to remove nitrate from a reef tank. This method sounds easier to me, less fuss and less work to maintain compared to running another reactor.

One thing I've heard is that you can't use No3Po4-X  with this type of product, although I think that pertains to Marine Pure bricks? Some type of reaction makes the brick collapse, basically turning it to mush. Just an FYI if you have been using both at the same time, better doublecheck the brick and make sure it is in good shape -- especially if you used it as a skimmer stand.