The melanurus wrasse is usually out and about, but I'd noticed over the past few weeks it was looking thinner and thinner. I'd watch closely when I dumped in my "dumptruck of food" as my buddy Evan used to say, and the fish would eat some food, but would also miss portions as if his aim was off. That was my reason for thinking he was dropping weight, he just didn't have the visual acuity he used to have. I've had this fish since 2011, for seven years. I'm not sure what their lifespan is.

Two night ago during the feeding session, he was nowhere to be found. Last night though, I found him. Or should I say, found what was left of him. It seems the Sebae decided to make a meal of the wrasse. 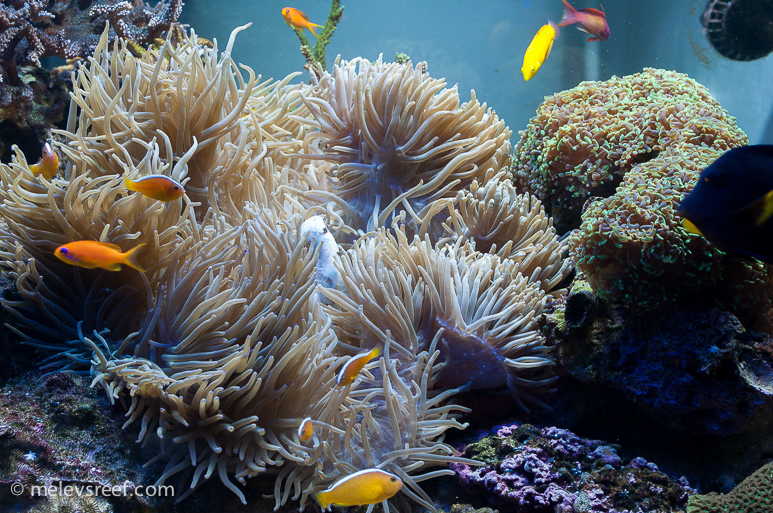 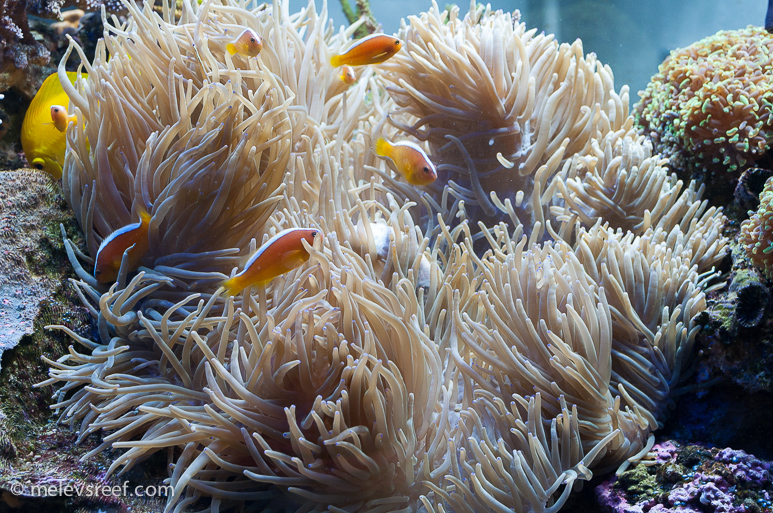 While the loss is always sad, the anemone got fed which is completely natural. I have mixed feelings overall, but c'est la vie.