This Gorgonian - Pseudoplexaura sp. - was acquired from the 20,000g reef in Long Island back in 2012, and has been growing steadily for years. Occasionally I'll frag a small piece to share with a special hobbyist. This species is easy to keep; it's photo-synthetic meaning it does need light to feed, but I never target feed it any foods directly. Clearly it captures what it needs on its own, since it is doing so well in my system.

It started from a 4" frag in 2012, and hasn't been directly fed. As a photo-synthetic coral, it aquires some nutrition via lighting while the polyps trap any food moving in the water column.  The parent colony has been in Joe's care for over 25 years, and huge colonies 4'-5' wide can be seen in his reef. 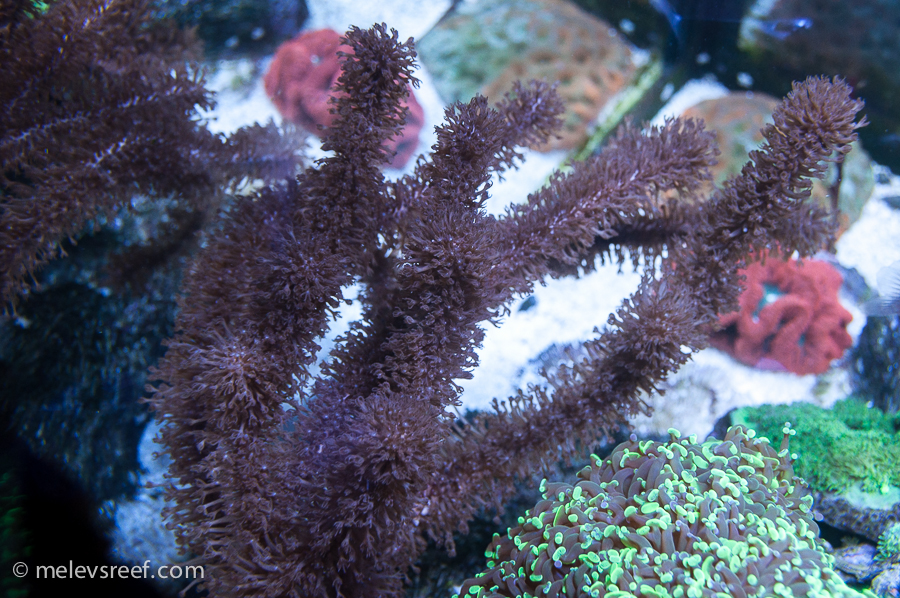