I've had the Sebae anemone for over three years, but tonight it decided to do something I've never seen previously.  I mean, if water quality goes to crap, anemones may respond accordingly.  Or during a full moon, they may choose to spawn into the reef. But when everything is just like it should be, a mundane day at that, seeing it go from Super Saiyin to something a tenth of its size is noteworthy.

It's like someone let all the helium out of a balloon. I closely watched the rest of the anemones, the fish, the skunk clownfish of course, and the LPS corals.  This event took place over a period of about 90 minutes. The first picture was taken when it was already half its normal size, when usually it wraps its tentacles around every coral it can to make sure they all feel its love. 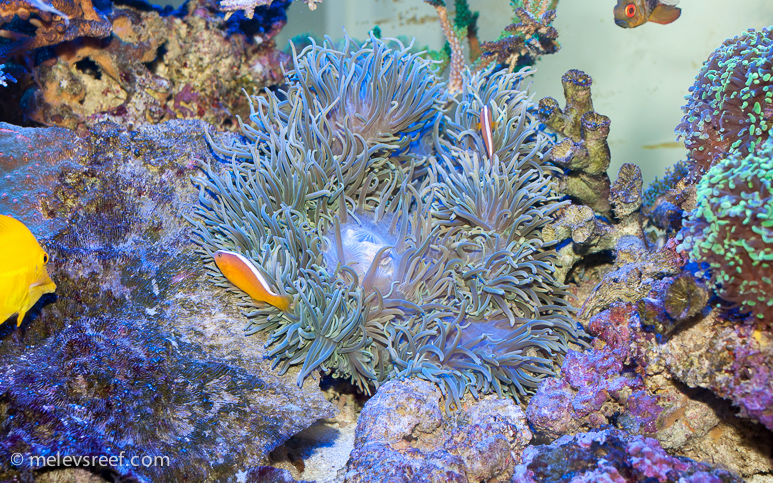 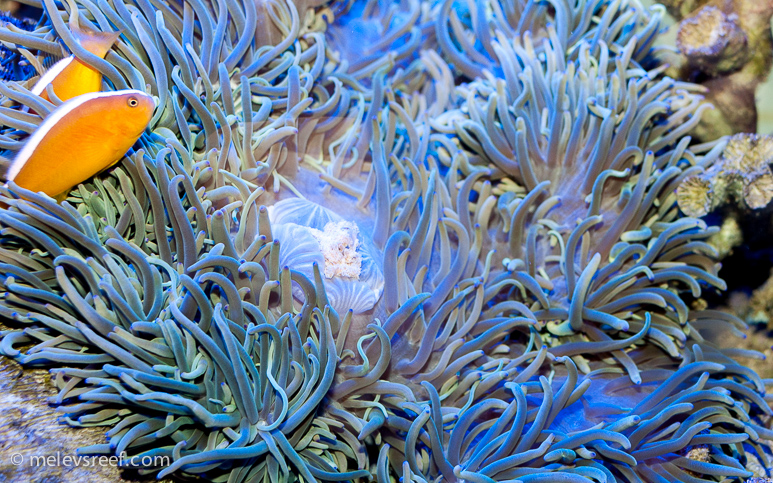 The mouth was super-inflated, pushing out some of its internal fibers. Food hadn't been added to the water, nothing justified this atypical behavior. This anemone has been pretty much rock solid for years, getting bigger and bigger and bigger. 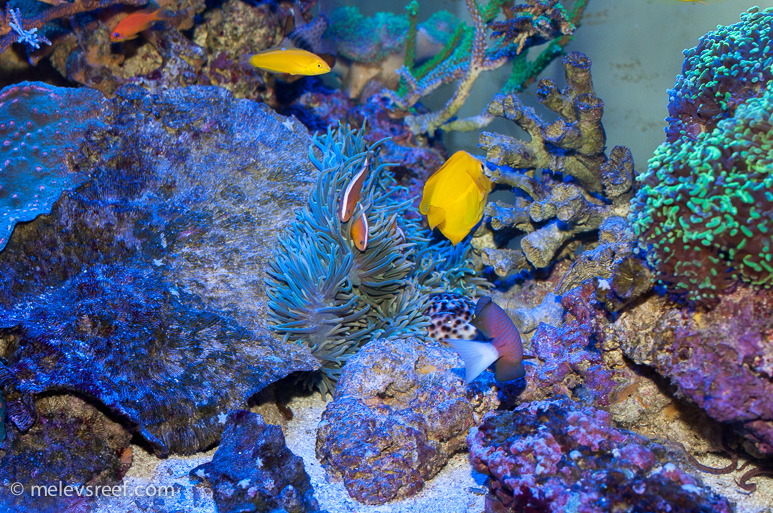 Whether you call it shrinking or retreating, it definitely left a giant void where it normally dominates. 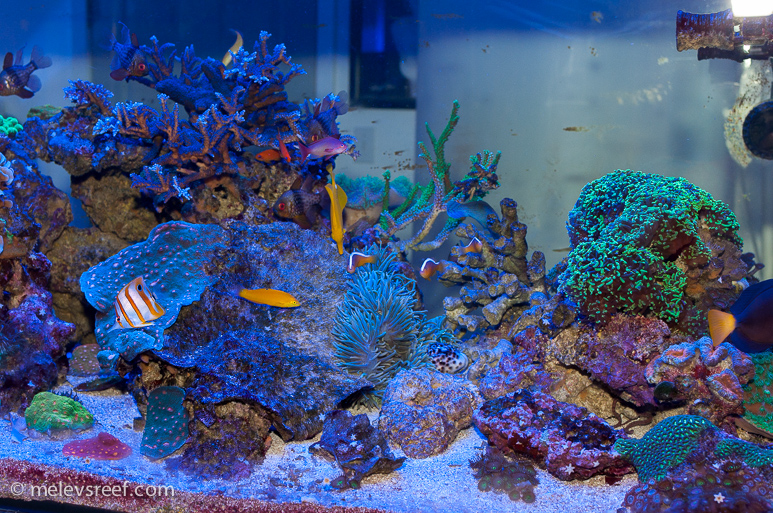 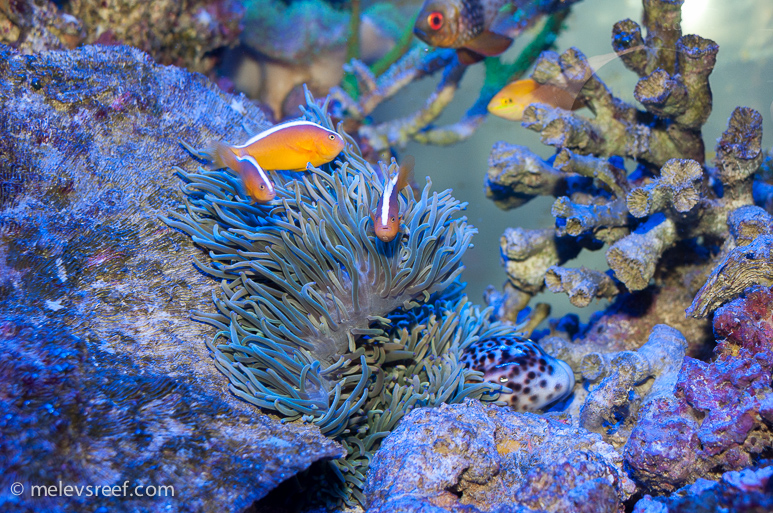 Some of the skunks opted for the duncan corals to the far right, while others decided to stick close to the 'nem and give it moral support. 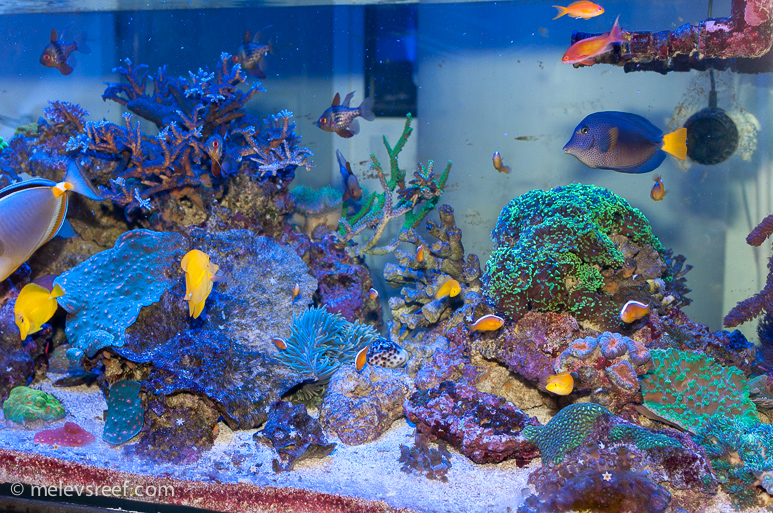 When your centerpiece is missing, the entire reef looks wrong. 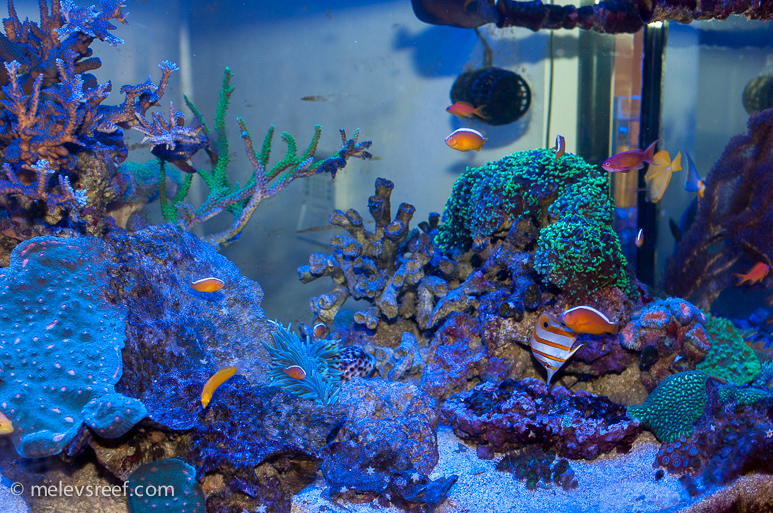 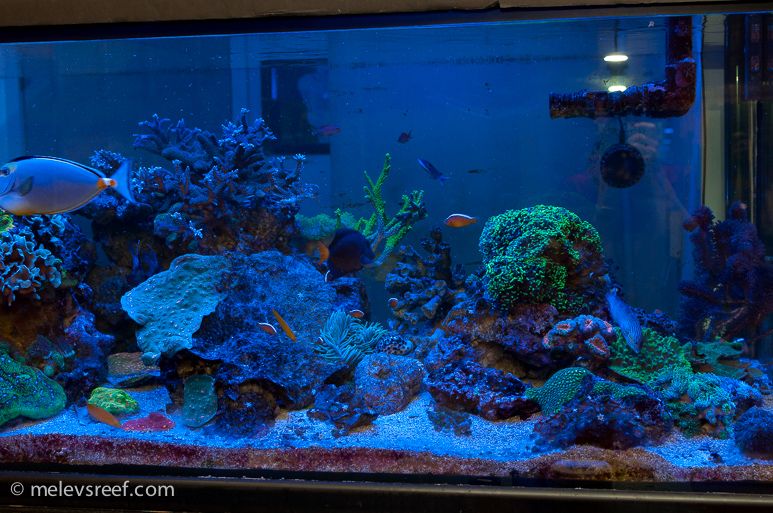 Even as dusk struck, and food entered the water, the anemone had other plans. It's been over an hour since lights out, and it still is fully retracted. 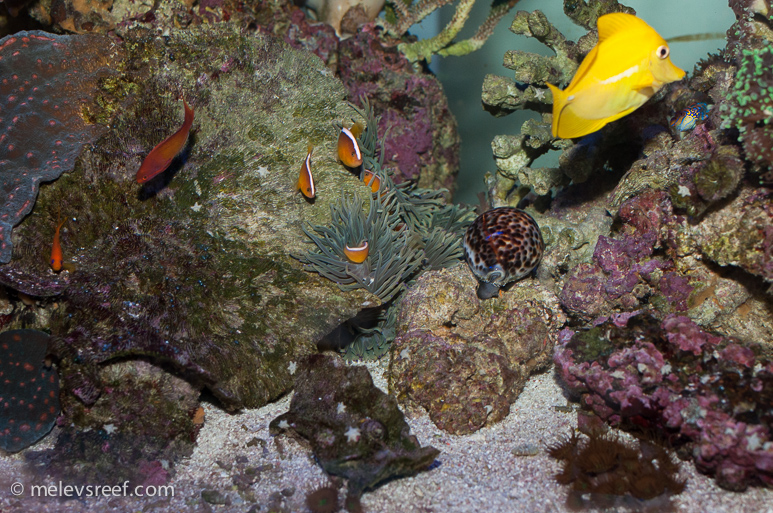 I'll have to wait and see when happens next.  Tomorrow it may be back to its normal self. It may be somewhere else in the tank perhaps... it's just really weird.  Hmmm, I wonder. Maybe it decided to split itself?  What else could it be doing in the rockwork like that?  I'll be sure to update you when I know more.