From DFWMAS.org: Ever wonder what the heck a Sherman Anemone is?! Well, the Sherman Rose is just a regular old Entacmaea quadricolor, or bubble tip anemone. What makes them so special is the fact that the original “nem” first entered a hobbyist tank back in 2000 and as such, is very hardy. They have a solid, deep red color that makes them incredibly striking, and they are quick growers when taken care of. Another reason they are so popular is that they will split for you pretty easily, allowing you to share your prized beauty with all of your friends. If you look closely, there are actually three of them in this picture, if you can see past all the other amazing eye candy that is! 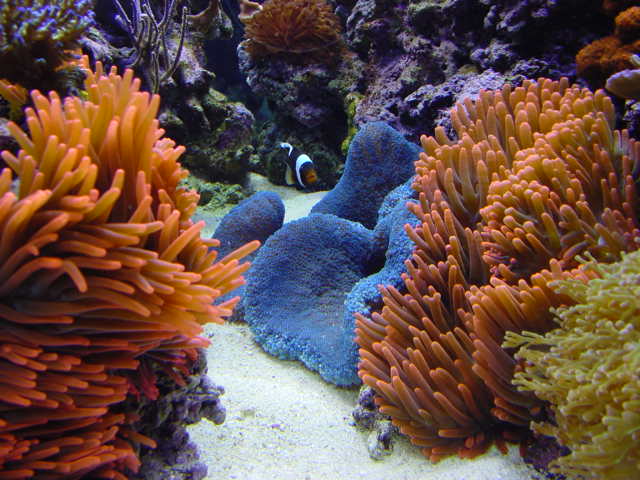 The nem originated from Upscales Fish and Reptiles in Tualatin Oregon where it was purchased by a very well-known hobbyist in the area named Steve Weast. He sold many splits, or clones, on Reef Central and one of them ended up in a local DFWMAS member’s tank, Steve Rodgers. Steve R. bought the anemone from a split that was from one of the original clones out of Steve Weast’s tank, and this single animal became the source for all of the Sherman Rose Anemones in the DFW area.

While the two Steves involved is merely a coincidence, the name of the anemone is actually a very simple story. Steve Rodgers lives in Sherman, Texas! It is really as simple as that! Now many people claim to have a Sherman but if it did not come from our dear friend in Sherman Texas, and if it is not a pure red E. quadricolor, then it is not a SRBTA. True, there have been dozens of these guys spread around and there are plenty of other beautiful, healthy anemones available, but if you want the real deal, find a reefer who was a participant in this story.

Photo by Marc Levenson circa 2007: 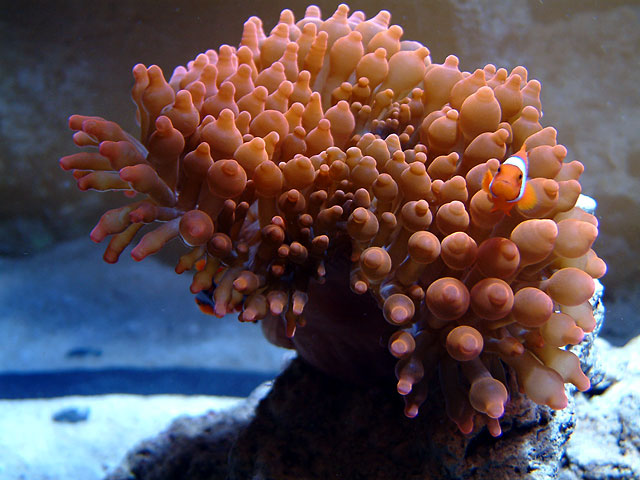 Melev's update: Over time, the anemone may lose those bubbles and look more like what you see below. I've had this Sherman Rose since 2007, and has been seen in the Anemone Cube by people around the world. 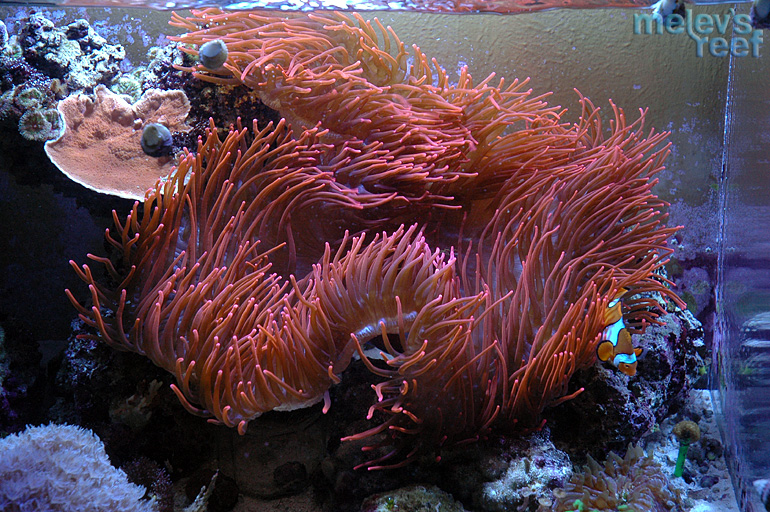