On March 17, this coral (pictured above) turned bright green, after looking perfectly heathly for nearly 2 years in my tank.  When a coral suddenly changers color, it's a bad sign. Usually, they won't surive it.  This colony was a total loss, which was a disappointment. Look how pretty it was. It's called a Seattle Dreamcatcher, and came from Duane's reef.  Unlike a regular tri-color acro, this was a quad-color. 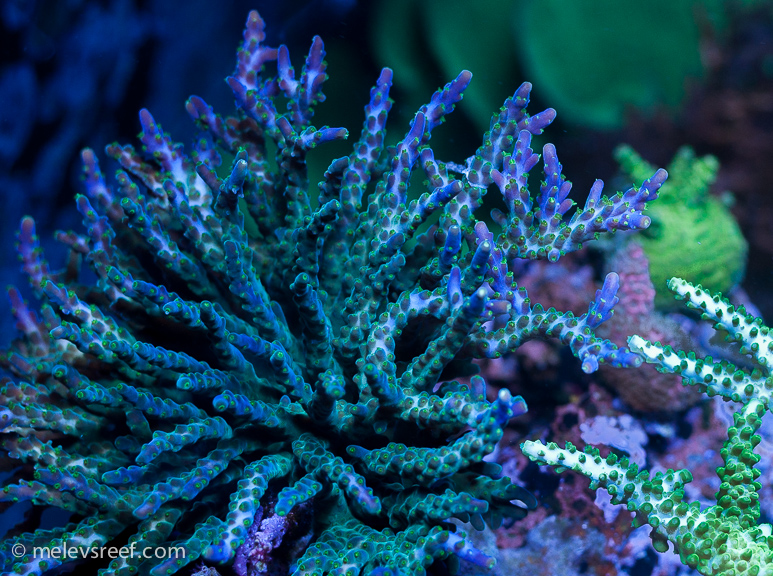 Due to it looking so green, I immediately figured the coral suffered from something called "green boring algae." This is when the algae has gone into the skeleton, and in my particular system it seems likely that it would come from higher phosphate levels. If you break a branch in half, the green goes all the way through the core of the skeleton. That wasn't what this was, though.

A week later the entire colony turned bone white.  All the green went away, which is strange. Still, I didn't remove the colony. I knew it was dead, and that I'd have to cut it off the rock it was secured to, but there was no rush. I kept an eye on it mostly out of curiosity.

What normally happens next is that nuisance algae grows all over it, as dead corals are a magnet for algae growth. That, however, is not what happened.  It stayed clean, day after day.  Below are two pictures I took on April 27th, about 1.5 months later.  These are un-touched iPhone pictures, under 10,000K lighting. 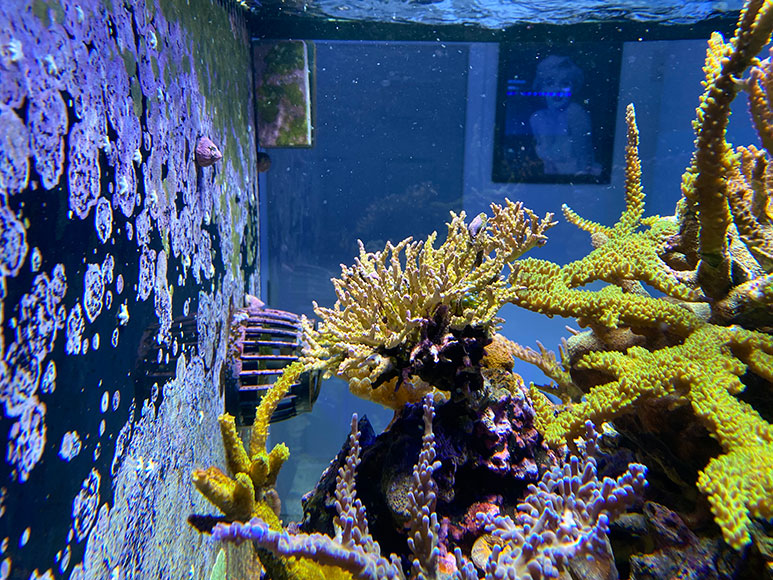 You can see a hermit crab in the branches, and a little bit of valonia.  No hair algae, nothing else. 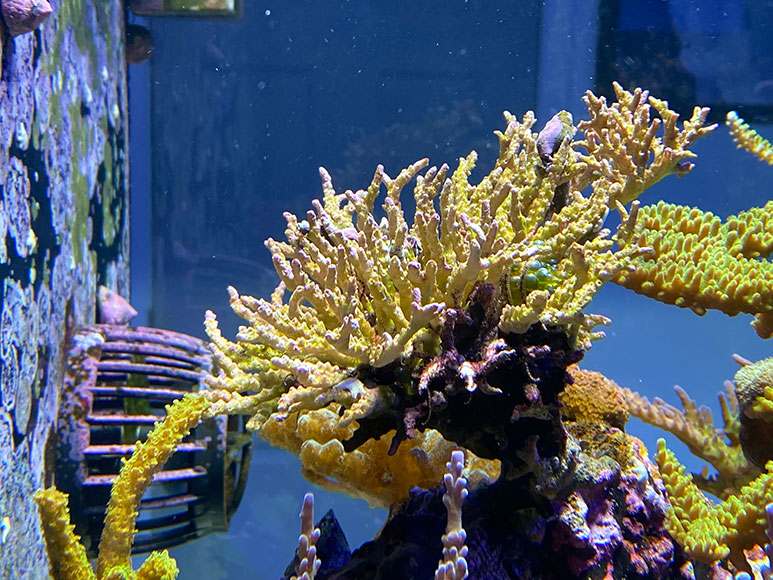 And on May 1st I took this picture (below).  A few asterinas, a hermit crab, a baby brittle starfish, and coralline algae growing on the skeleton. 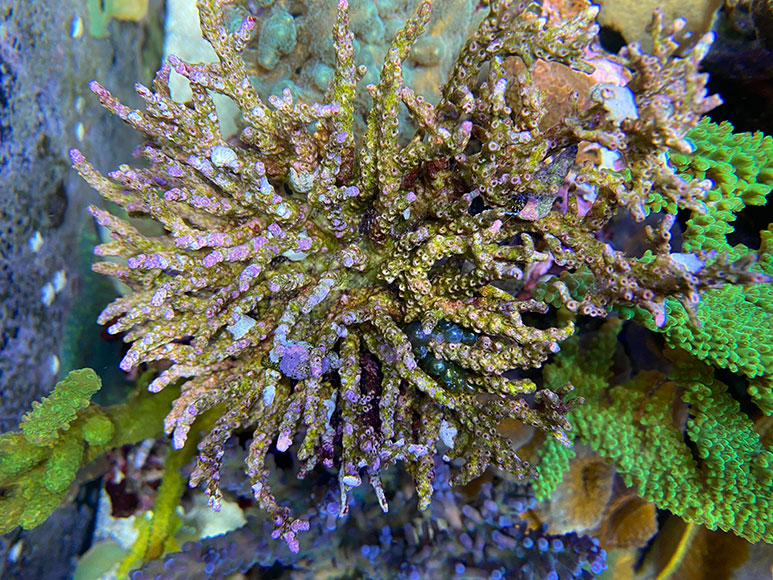 This is so odd, so I asked a couple of SPS-keepers if they'd seen something similar.  One suggested my fish are pecking at it to keep it clean, but I haven't seen any such activity.  My water test showed nitrate at 45ppm, phosphate at .75ppm -- so technically this thing should be a hairy mess.  I'm glad it's not.  I still need to remove it but wanted to document this first.

This week, I'll remove it, trim some other branches that need pruning, and plant a couple of healthy frags in its spot. It's a shame this coral didn't live as the mother colony was lost earlier this year.