When I have to do things in the aquarium, I like to have a solid work surface. What I want is something that will fit over the frag tank, over the 400g reef, or over the Anemone Cube. Each tank has a different dimension, so I designed a tray that could be placed over any aquarium using varied lengths of PVC pipe. This first tray is intentionally made to be right above the water's surface, allowing me to place fragging tools in the tray, as well as work with pieces of live rock.

The tray is 14" wide, 11" deep, and the side walls are 2" tall.  The front and back walls are taller because they have PVC passing through them. 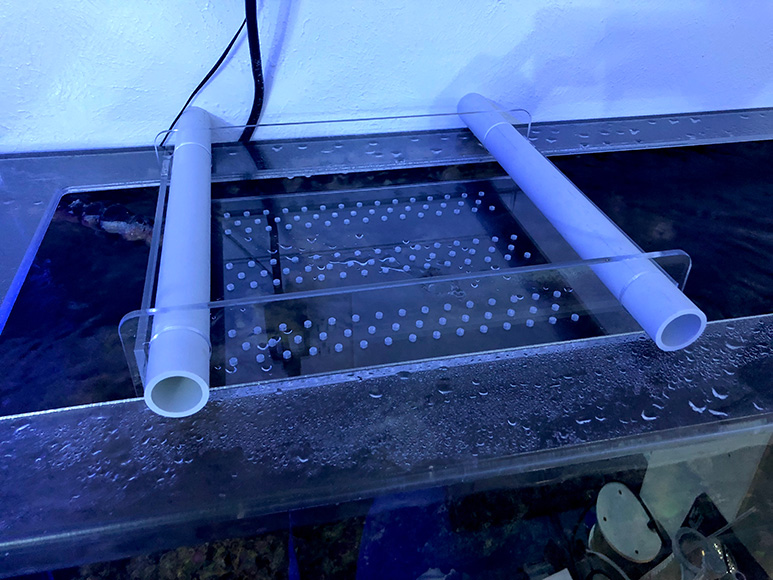 Once in place, I pulled out one piece of live rock after another from this aquarium, intent on scraping off manjano anemones that have taken over the system due to my ignoring them far too long. Standing in front of the aquarium, the work surface was pretty much right at the perfect height for me, and I used different tools to remove those pest anemones one by one. Wet tools could be placed in the tray, and that avoided dripping water down the front of the tank. 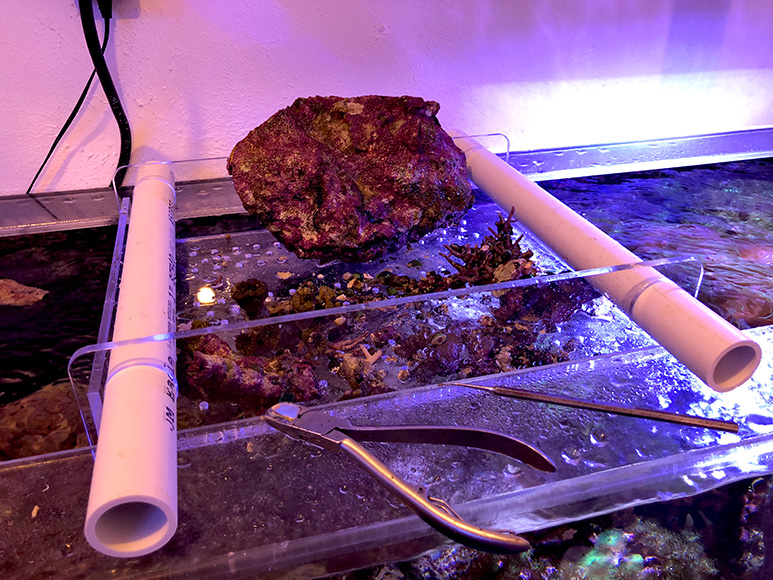 When it was time to clean up, I took it to the sink to rinse it clean with cold water. The holes are small enough that none of the loose anemone were able to fall back into the tank, and I didn't have a tray full of liquid to worry about. The big stuff was tossed in the trash, and the smaller bits were rinsed away. 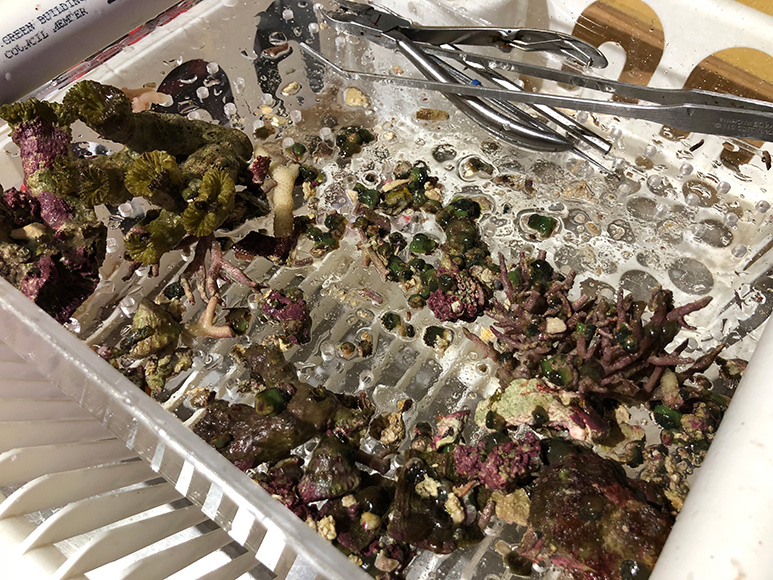 I was very pleased overall. The tray handled the weight of the rock without incident, and I was leaning on the apparatus. Matter of fact, I noticed that I could roll it side to side on the pipe, and the pipes actually turned a little bit in the process.

I can see this tray being useful for gluing frags to frag plugs right above the water, but it would need a few frag plug holes at least along one edge.

Version 2 pending:
The next version will be designed to hang down a few inches inside the aquarium, and it will have a few holes that can hold some frag plugs. I like the idea of a floating tray inside the reef to place a few corals temporarily when re-arranging the reef, or when moving a few rocks into new positions especially after a rockslide event.  In times like those, I always wished I had a third hand to hold stuff so I'm not forced to put corals on top of other corals, or even worse big rocks on top of fragile corals. Having a rack in the aquarium gives me a place to stash a few things, getting the main stuff back where I want them, then placing the remaining items that were on the tray wherever they'll fit.

Having a spot to keep new corals wet while you arrange things in the tank is another useful purpose for such a rack.