I asked Jake Adams about this coral last year, because I had a feeling it was more than "just a weird fungia" with that very elongated mouth.  I've taken many pictures over it over the years.

Fungia is not wrong as it used to called F. scutaria but now it's in its own genus - all by itself - Lobactis scutaria

Mine has brown flesh, green stubby tentacles, and a purple mouth. 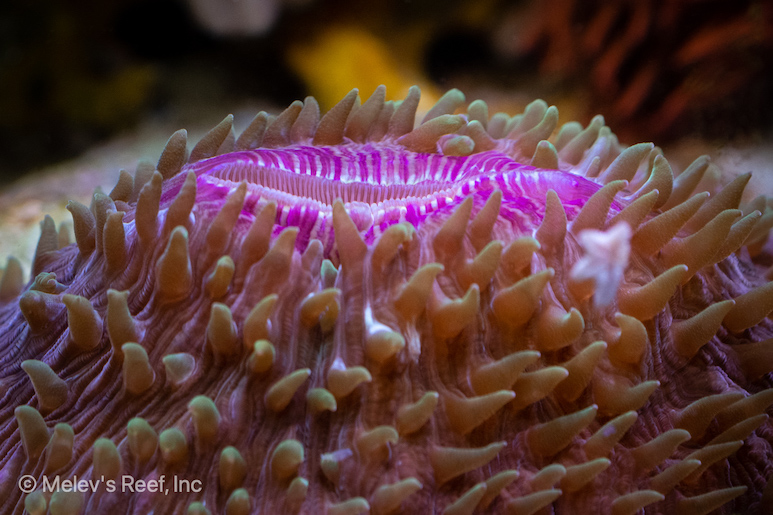 When it's closed up the septa radiating from the mouth have a small tooth projecting upwards under each tentacle. It's very recognizable and very common in Hawaii.

The nice thing is I've not had to do anything special like target feeding.  It is content to live on the substrate of my reef, without any direct interaction.

You'll have better luck searching for the old name of Fungia scutaria. It can be all green, rarely all orange, but most commonly it's purple with green tentacles.

Thanks to Jake, I got an answer to something I'd often wondered about.