Decades ago, hobbyists would cycle their new tank with a sacrificial fish, like a blue damsel. While this method may still be used by some, it's not a good plan for two reasons: 1) as the ammonia rises in the water, the fish's gills are burned by the rising ammonia levels which is unkind, and 2) most people don't want the damsel in their aquarium later because it's deemed too aggressive to other livestock.

Once you fill up your aquarium with saltwater, powerheads, a heater and perhaps add sand for substrate, the next step is to "cycle" your tank.  The purpose of a cycle is to create bacteria that will be consuming ammonia and nitrite from your livestock, but you have to get the bacteria from somewhere initially. Why is it called a cycle? Because the tank will go through three phases: ammonia will rise and fall, then nitrite will rise and fall even quicker, and lastly nitrate will rise and fall.  Once Ammonia and Nitrite read 0 and Nitrate is less than 20ppm, the cycle is complete and livestock can gradually be introduced.  The bacteria population will increase with the new bioload, processing waste and converting it to nitrate rapidly.  However, it is important to note that overloading the aquarium with too many fish initially can exceed what the bacteria can handle.  This is why it is best to add new fish slowly over the next few months. The bacterial levels will adapt if you don't overload the system with too many mouths to feed.

How long does the cycle generally last?  Using the three test kits to measure results daily, you'll likely see the process takes 21 days. There are several ways to cycle a tank, but the easiest one is to run up to the supermarket, go to the seafood deli counter and ask for one large shrimp. If they sell it with the head, even better. One shrimp will cost about $1. Don't worry if they think you're crazy to buy only one; this is not the first time someone will wonder about your motivations with this hobby.

I purchased one headless jumbo white shrimp for $0.90, came home, unwrapped the deli paper and placed it in the aquarium. Do not use any lights over your aquarium during the cycle. There's no reason to use any lighting for the first month, and if you choose to ignore this advice you'll likely see algae taking hold. No filtration should be used during the cycle. No skimmer, no carbon, no GFO, no pads to trap particulates. Just maintain circulation and temperature around 78°F. Do not add a clean up crew of critters, it's too soon. Leave the shrimp in the tank for 72 hours.  That's it.  It may even visibly rot, or envelope in some type of mucous. That's what needs to happen. As the shrimp rots, ammonia is released into the water, and bacteria is growing exponentially, spreading into the substrate. The water may even look a little cloudy, which is totally normal and nothing to be concerned about. After three days, remove the shrimp and throw it away.  It is no longer needed. Test for ammonia and see what it measures.  It should read at the very least 1ppm, or higher. 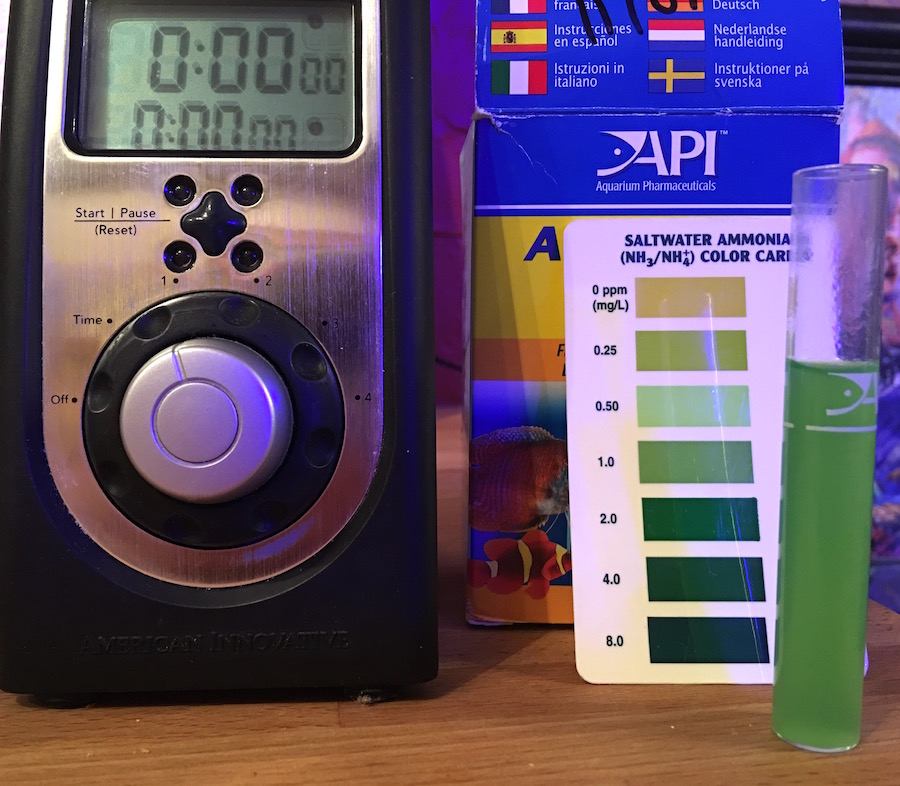 Test the aquarium daily for Ammonia, Nitrite and Nitrate, logging the information on graph paper or perhaps in a spreadsheet or app.  The more data points you collect over time will graph the rise and fall of each of these parameters. No livestock of any kind should be placed in the aquarium as long as you have any measurable traces of ammonia or nitrite because these are toxic to fish and invertebrates.

In the meantime, you can turn on the protein skimmer and let it remove whatever it can extract. Do not perform any water changes during the cycle because that will only prolong it, but be sure to top off daily with RO/DI water for any evaporation to keep salinity steady and on target. You can add more rock to the tank if you are so inclined. Live rock won't affect the cycle if it was kept submerged in saltwater prior to being added to the tank. Dry rock won't do anything to hurt or help the cycle. Uncured liverock will definitely affect and make the cycle last longer, but only by an extra week at most. The skimmer will pull out all kinds of foul stuff from the uncured liverock. 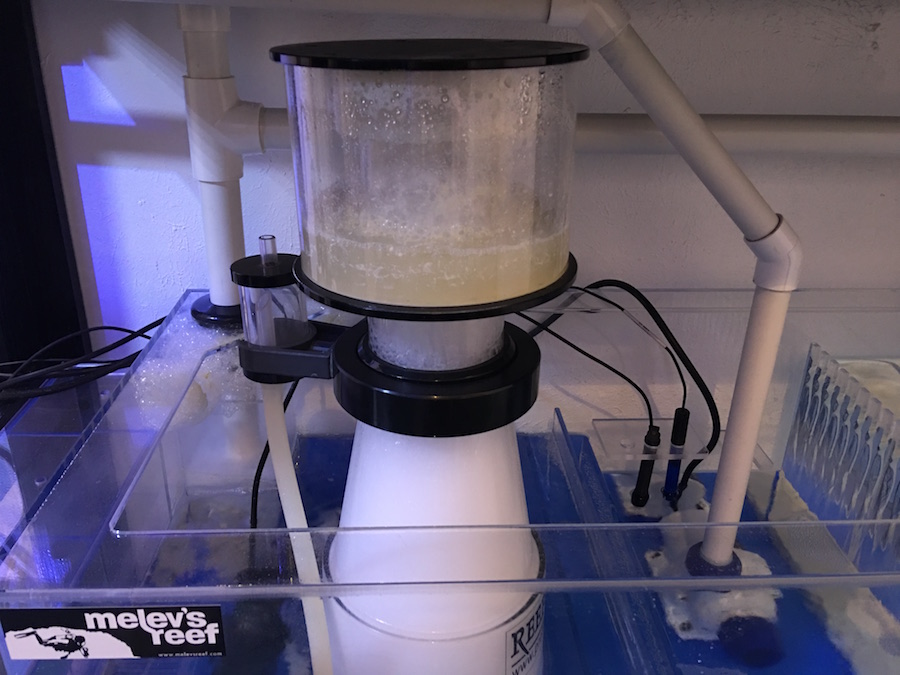 Start planning what you'll want to put in your aqurium while you have a few weeks to wait. There's no reason to rush this process. A good solid foundation will benefit your future reef and handle the bioload adequately. 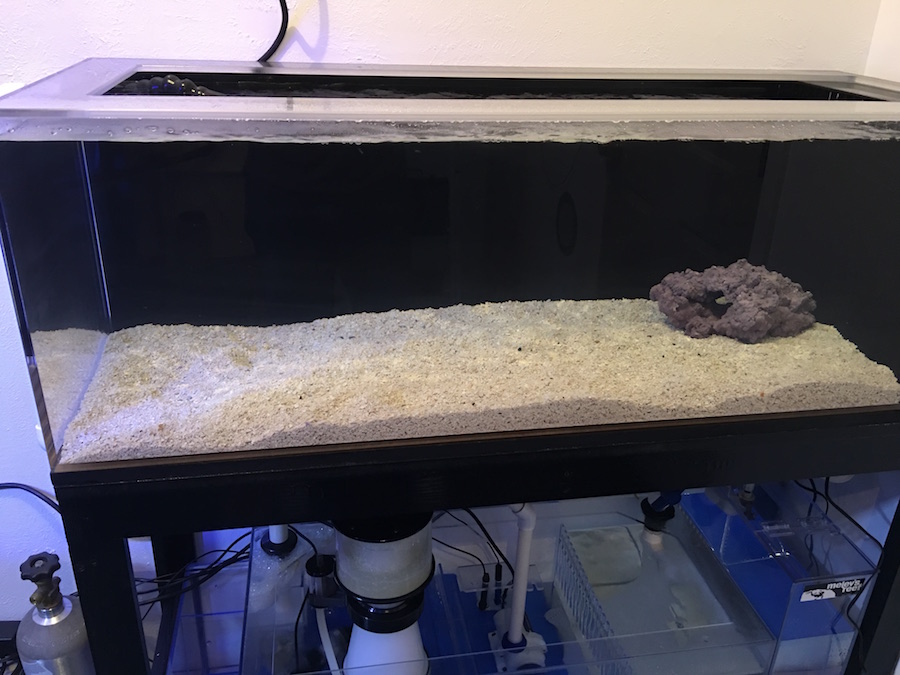 If you are running the system with a sump that has a refugium or Algae Turf Scrubber section, don't add any light or plants because the system is too clean.  Once you add livestock, that is when you want to start the refugium or ATS. The plants benefit from nitrogen, which comes from fish waste.  A new or cycling tank doesn't have any yet, so the plants (cheatomorpha or caulerpa) would starve and die.  This section waits until livestock has been added that you'll be feeding daily.

That's it. I hope you found this helpful. 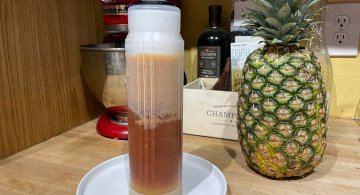 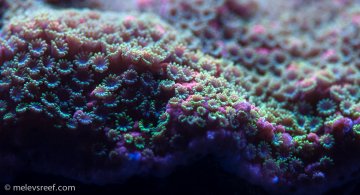 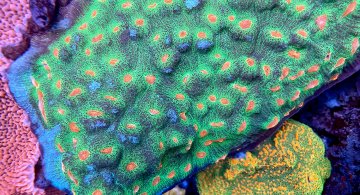 Images taken from above
melev | 21 May
Read More