I recently shipped out a Smartphone Floater to a customer that has a Samsung Note8 phone. His immediate concern was that he was going to flood the box and ruin his phone.  I've been making a type of floater box for iPhones for the past six years or more.  I'm sure in that time, someone has had an accident and got water inside the box because not everyone is perfect.  That being said, I've never had that problem. I put the phone in the box, place it on the surface of the water and hold it where I want to take a picture.

Today I made a quick video about it for youtube.

Then I thought, lemme take some quick pictures with my iPhone 7 Plus in that same floater box you saw in the first video.  These were resized to fit the website, and I did adjust the colors a bit in Lightroom so it would be a little less blue. This first picture is a close up of a Montipora sp, called Sunset Monti. 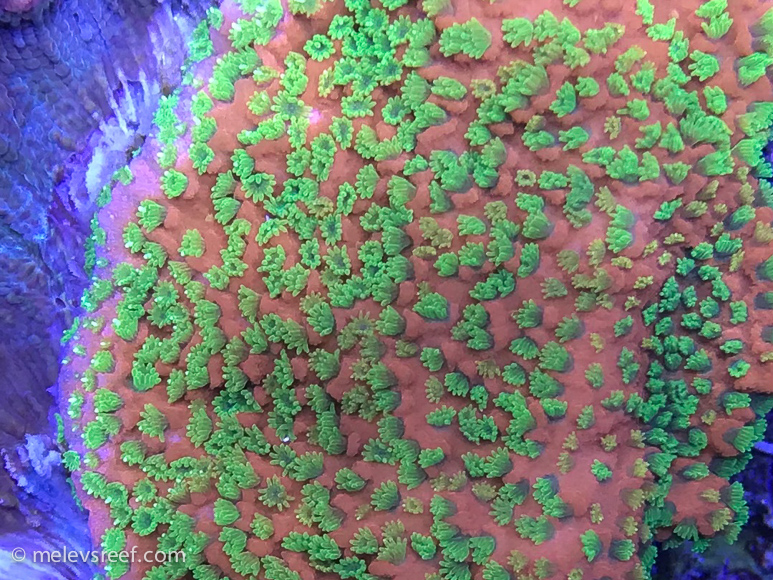 The Milka coral is purple, so under blue lights this is about as good as it gets with a cellphone camera and no filter. 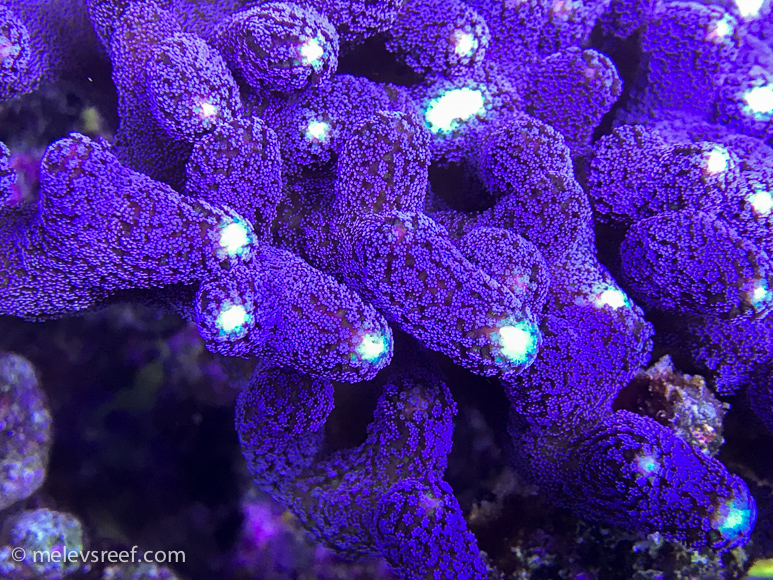 Below is a Pavona. I've had pavona in my reefs for over 10 years. It's also called a Cactus coral. 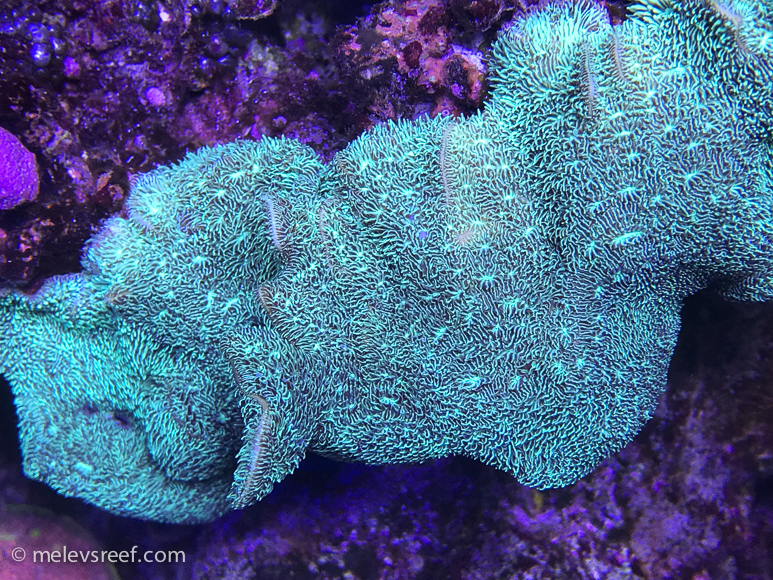 I wish this picture was better. The oranges were popping so hard, but I think the sand muted the shot. More of the sunset monti in the lower left corner. 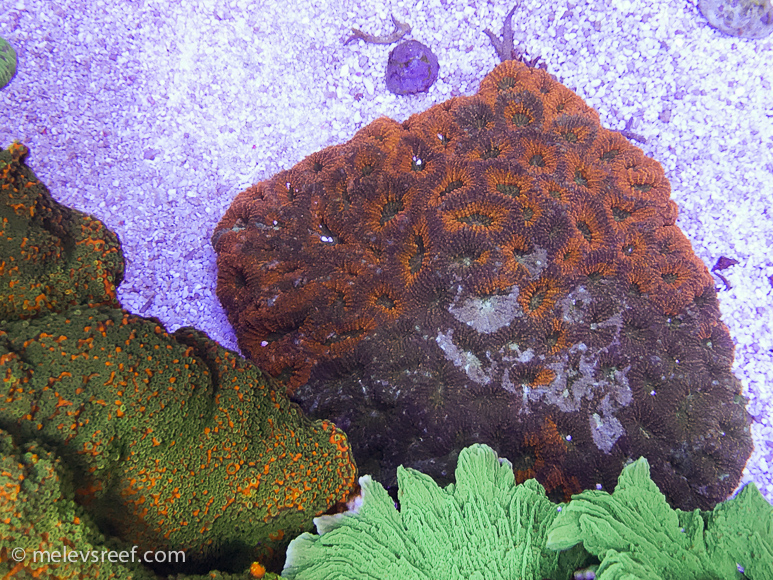 The Sebae anemone with some of the Skunks. 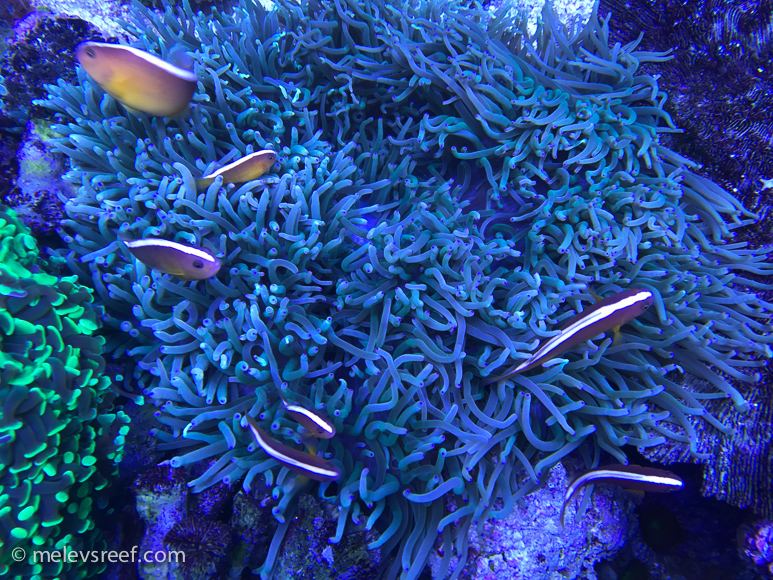 A large colony of Sunset montipora. 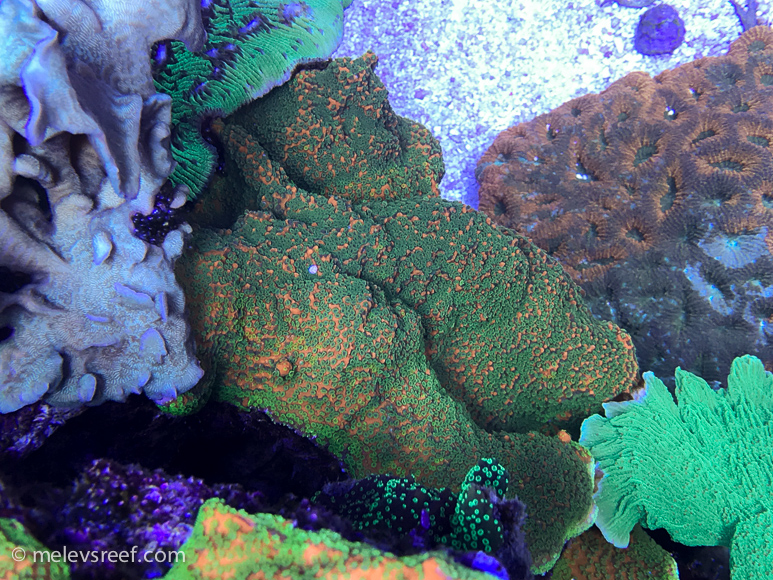 My lobophyllia looks blue-grey from above.  It looks so different from the side, you'd never believe it can be this color. 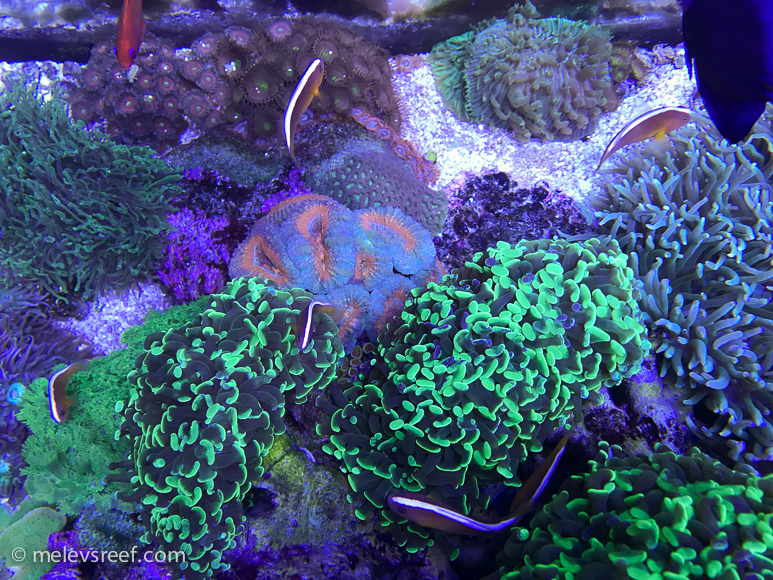 Below is the Lime In The Sky acropora. Green with bright blue tips, hard to capture with a smartphone camera and no gel filter. 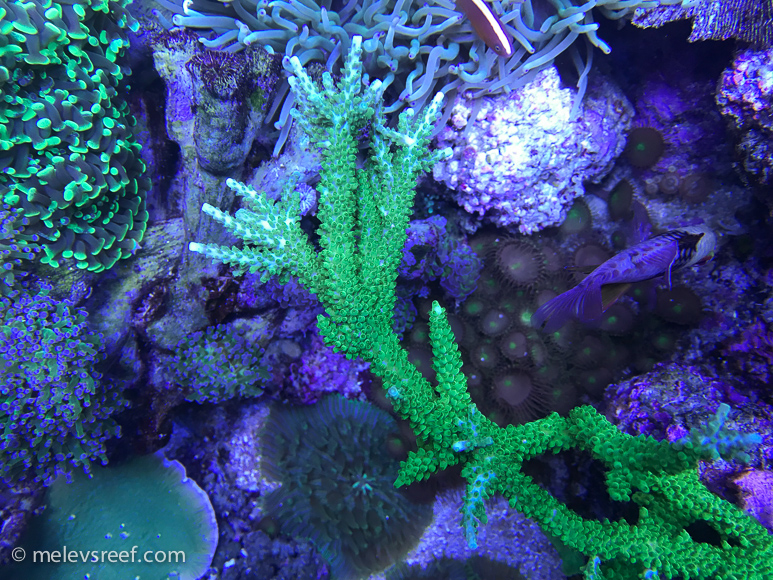 Some Darth Maul palys peek out from under a Hammer coral. 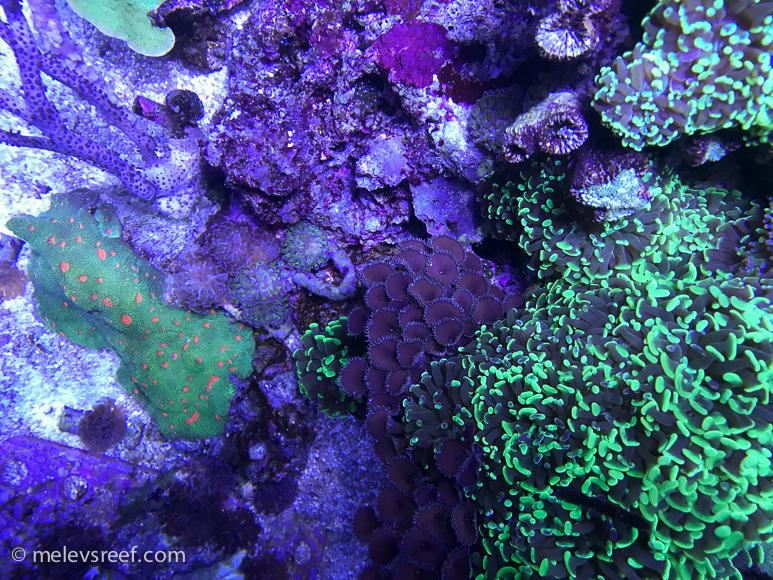 A bunch of tiny new branches of Melev's Shadowcaster acro bursting out of a puddle of DNA. :) 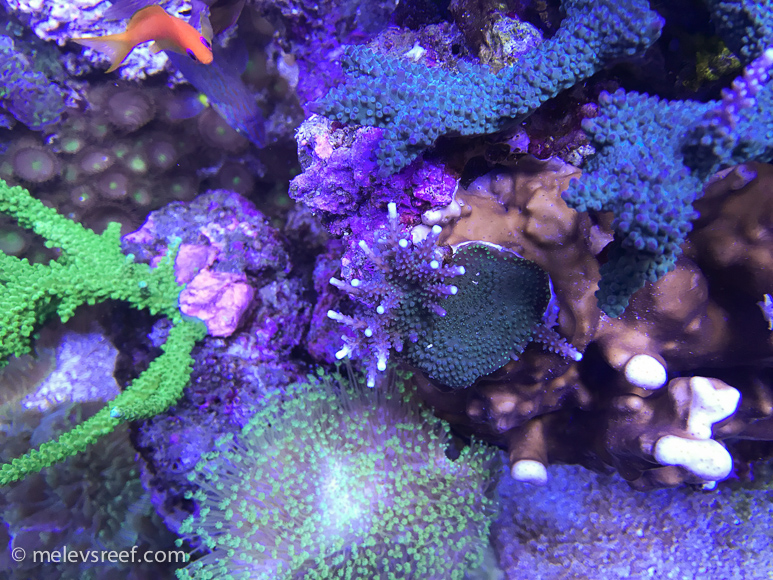 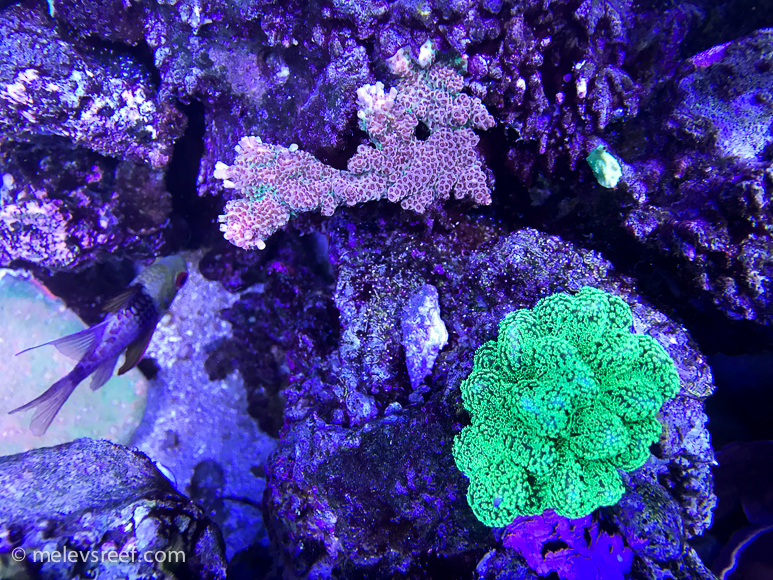 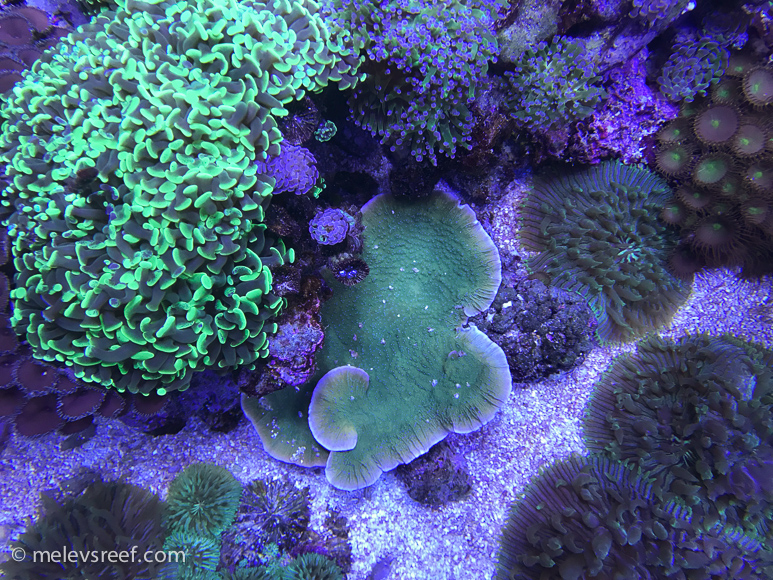 This green Favia brain coral (below) is a very slow grower, I've had it for years. Got it from Duane when visiting him once. 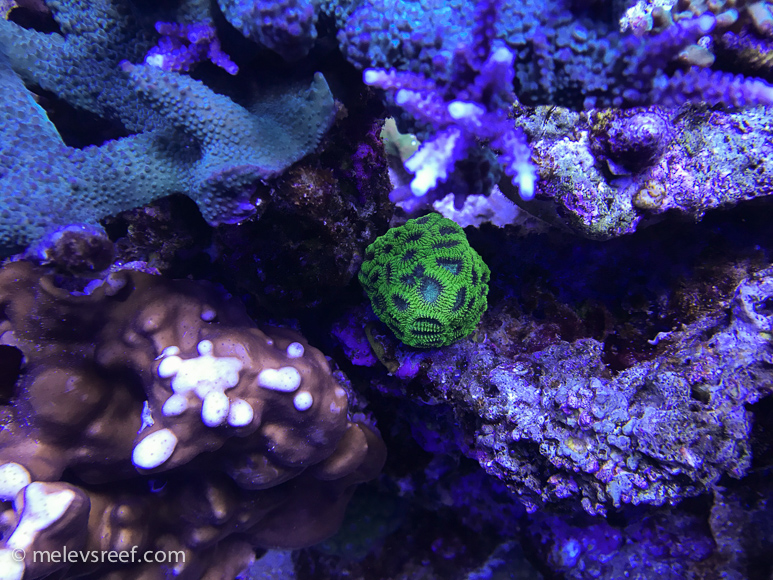 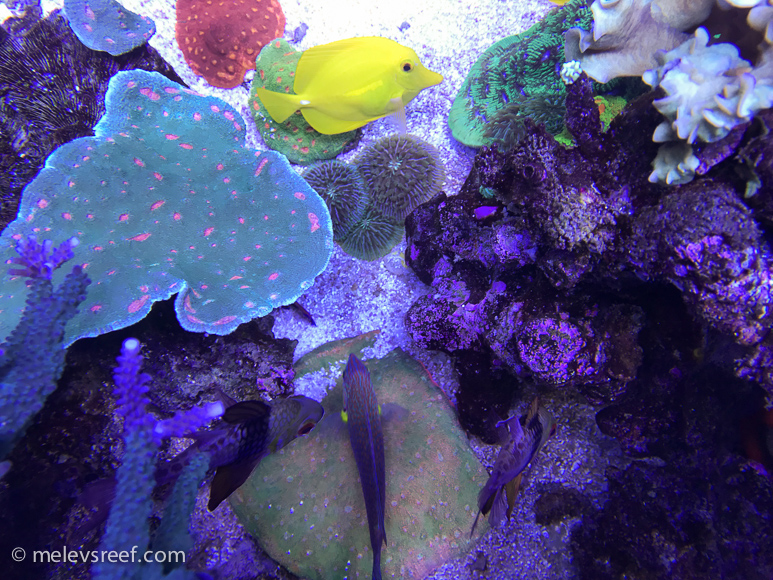 These are pink and green Blastomussa coral polyps. 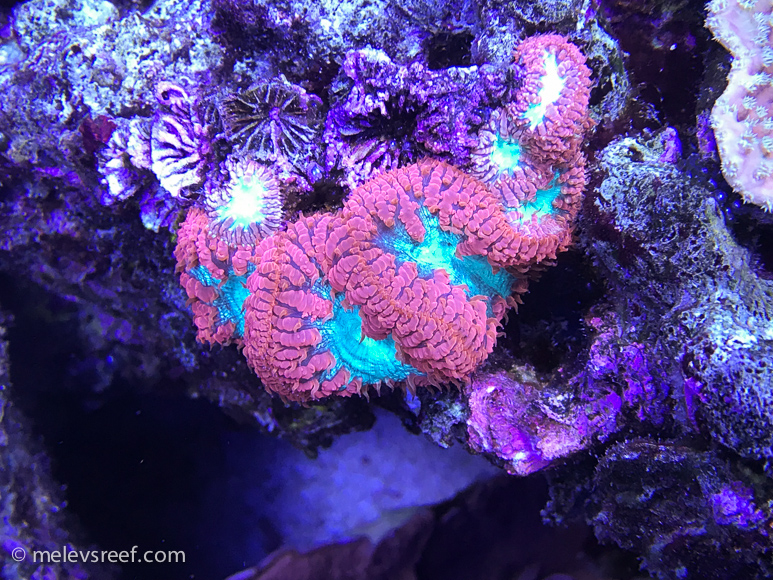 This is an Elkhorn montipora I got from Duane. 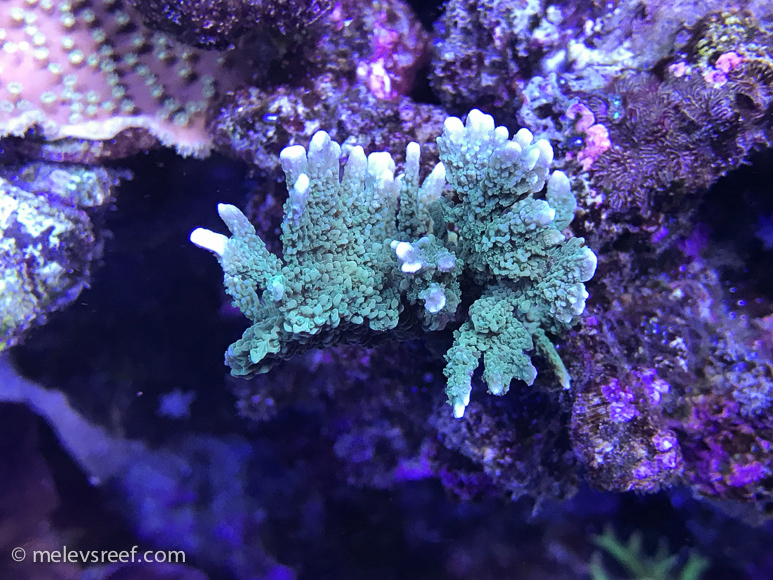 Some brown birdsnest with blue-ish polyps. 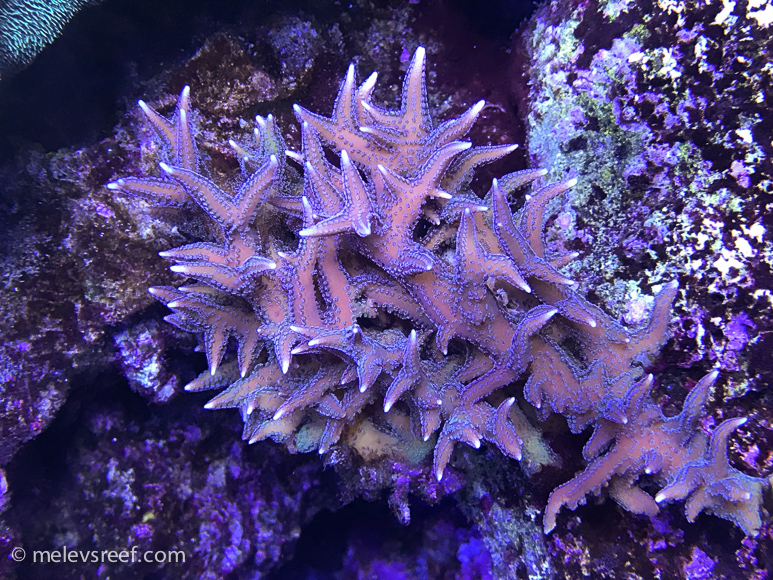 A red acropora from Duane is growing nicely. 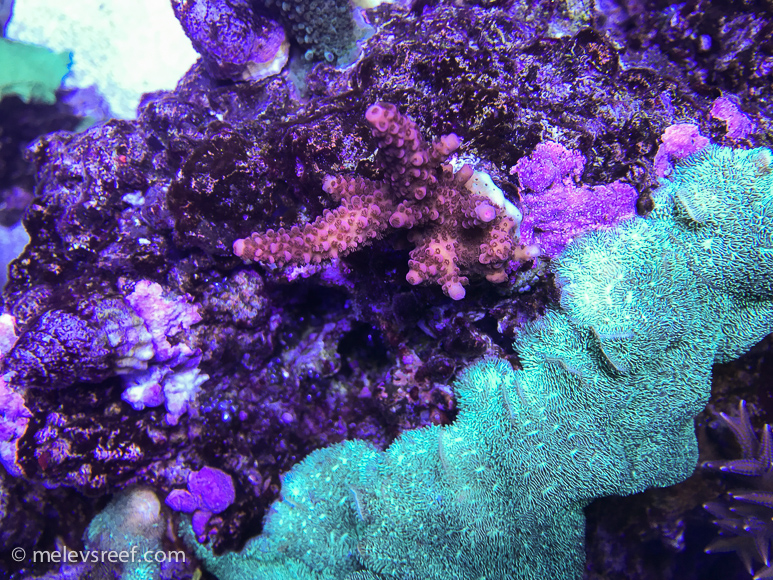 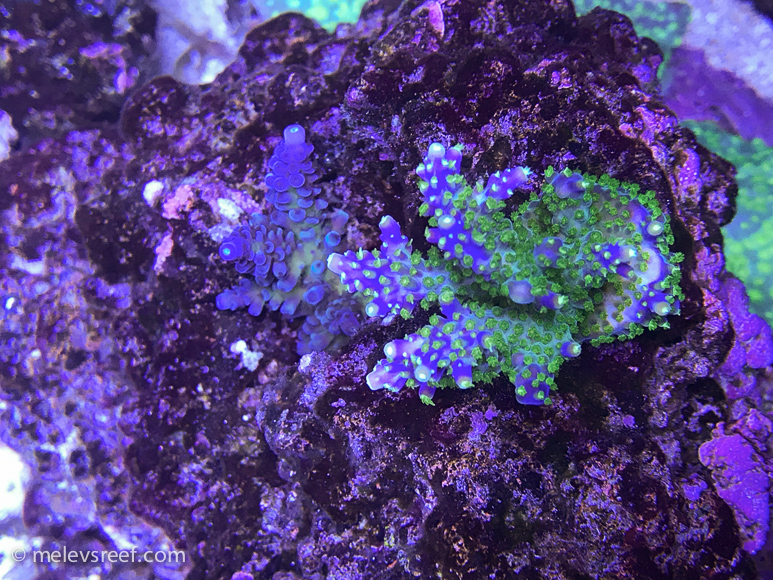 Milka colony from above. 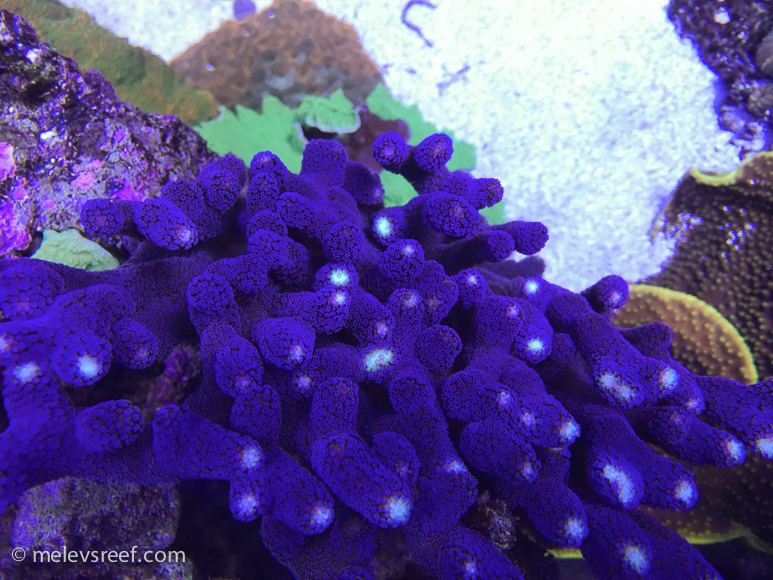 The other Drew's acro. 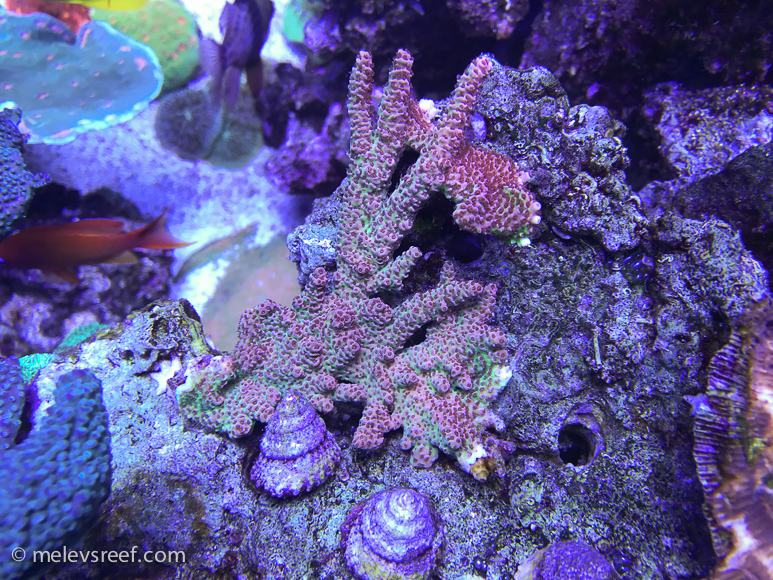 This tiny twig is green skinned like the Orion Slave girl from Star Trek.  We're calling it the Joanie Brosas coral. lol 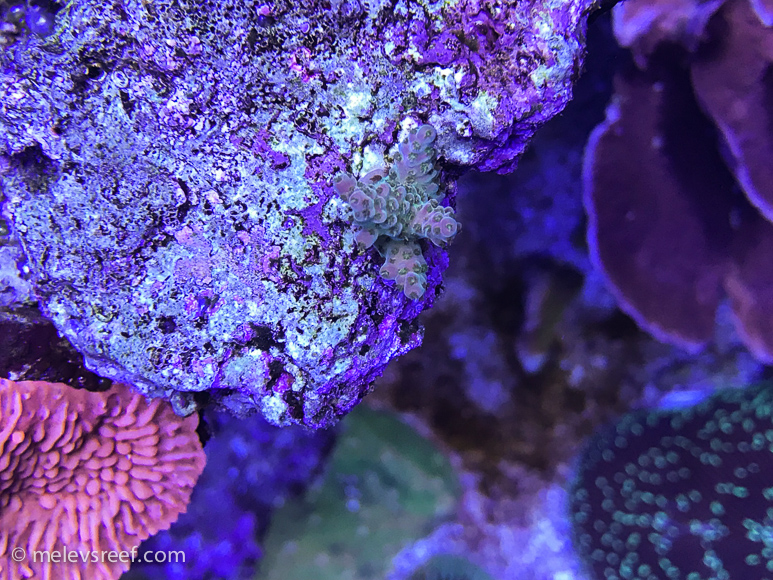 And a closeup of the branches of Melev's Shadowcaster acro. 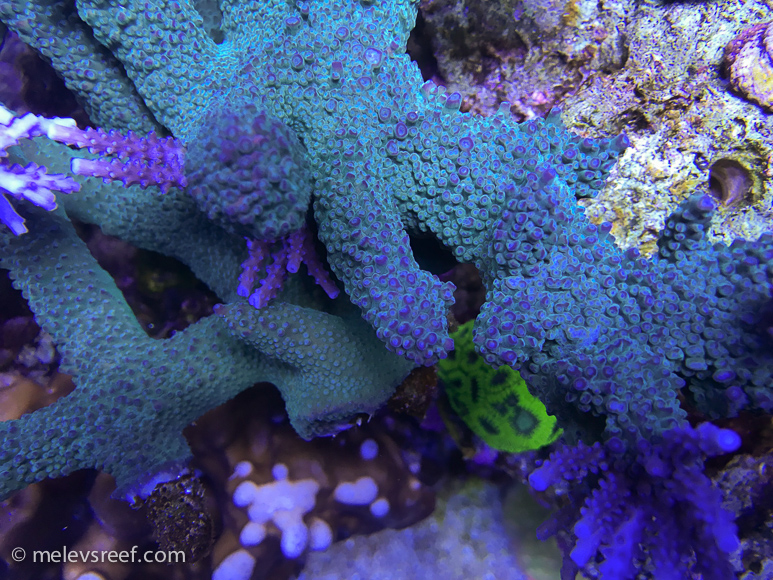 So that's it. I took all these pictures in about 5 minutes in that floater box, and didn't use any gels. Some light editing in Lightroom to prep them so I could share them with you. I'd be cautious when doing top down photography, but you could say that about any DSLR brand on the market as well. Be smart, be careful, and show us your pretty reefs.