I've been observing this one area of my reef for a while, which is pretty much in the center of the 400g. The sunset montipora of course is vivid and beautiful, but the leading edge of the rock -- what's going on there? 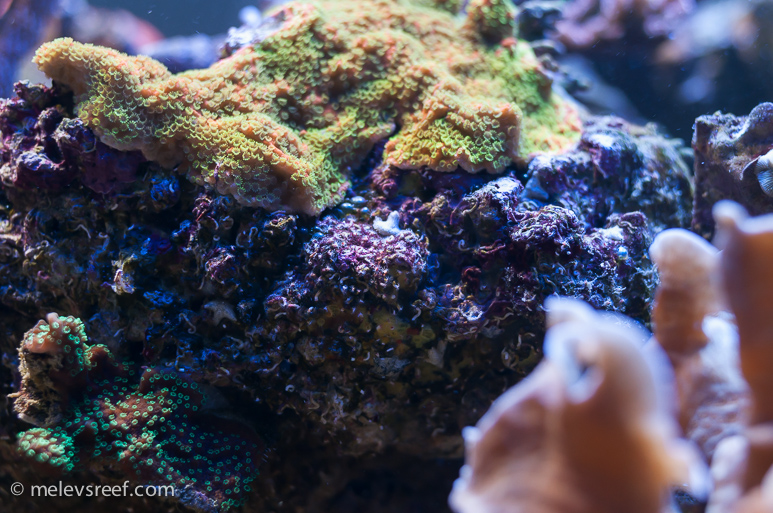 What are all those tiny white worm things? They aren't vermetids.  I'm still waiting for a new pair of prescription glasses to arrive, but I have other ways.  I took the Nikon out, added a handy lens and captured a better view for my monitor.  It turns out they were a bunch of tiny tube worms or feather duster like creatures. See that Asterina with three arms? That gives you a little perspective: 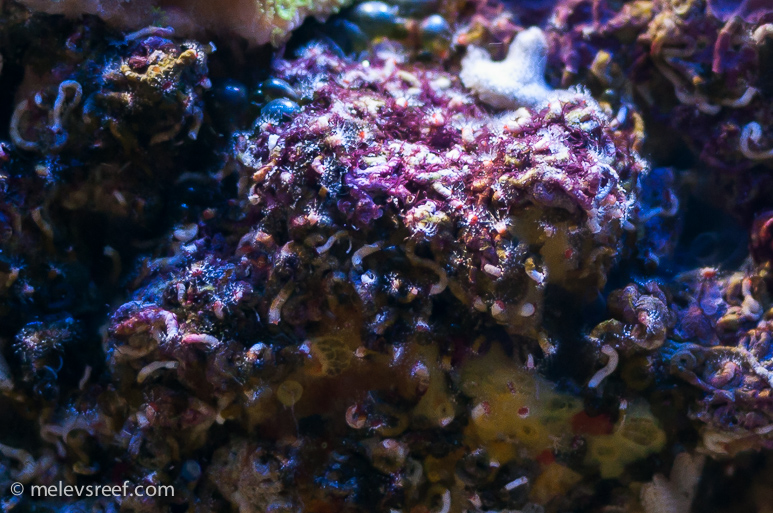 I'm surprised the Copperband Butterfly doesn't snack on these filter feeders. Not that I want him to, I think they are pretty.  The yellow stuff is sponge, another filter feeder in my reef.