A tank with a single overflow can still run to two zones of a sump.  I recommend running the drainline into both the skimmer section and the refugium zone, and I'm often asked how this is accomplished.  Using gravity and a few extra fittings, you can direct water to two different zones from a single drain pipe.

I was able to demonstrate this configuration in my booth at MACNA 2012.  These images capture the method, using a tee fitting, some elbows and a ball valve.  Initial plumbing will take an extra 20 minutes of your time but lasts the lifespan of your setup until you opt to upgrade. 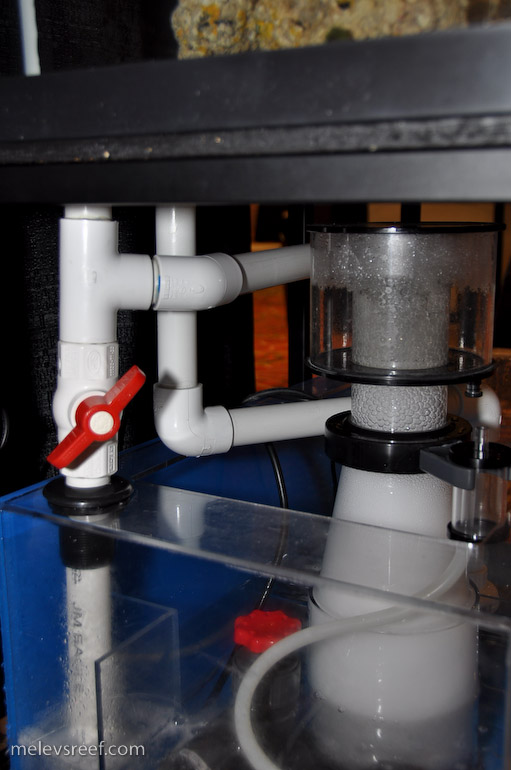 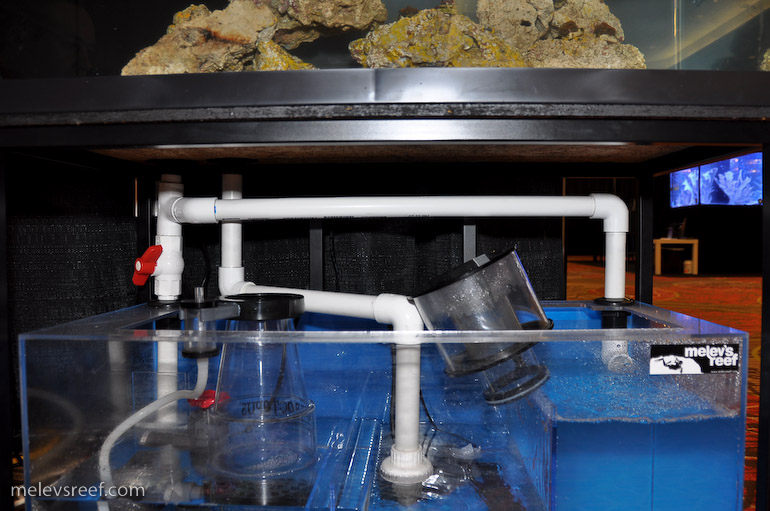 In the picture above, the collection cup of the skimmer was moved aside to show the horizontal PVC running to the right end of th sump, to drain into the refugium.  And elbow was installed at mid-water level to allow air to breathe out of the pipe and keep the surface of the refugium zone rippling.  Do not install the refugium drain under water; do as directed & pictured.

** Please note the 45° fitting that was necessary for the drain pipe to navigate around the return line running from the return pump back up to the tank. 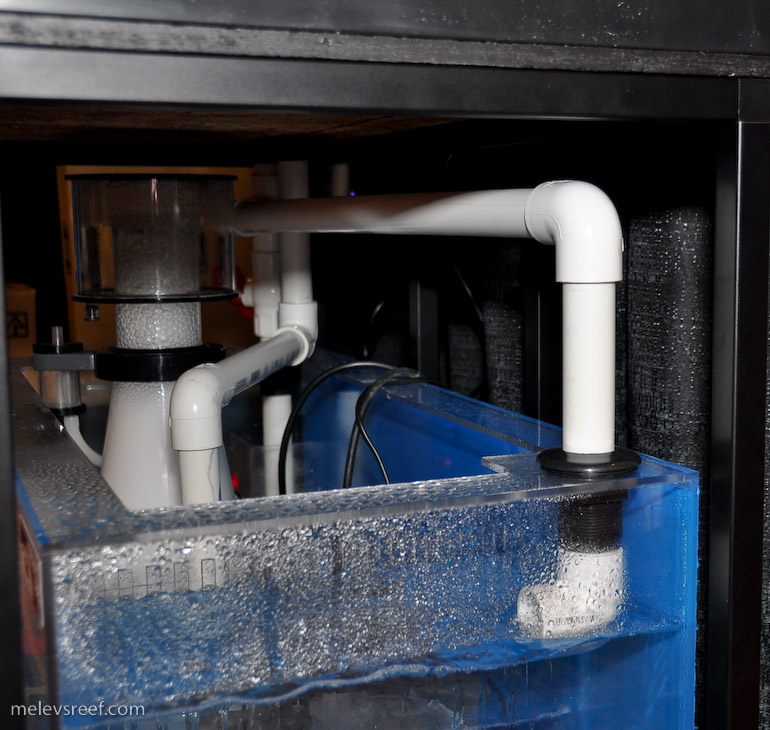 And here's the final product.  This is a very clean look, allows for two different water levels in a single sump, and it all works with a single drain.  With your own tank, odds are you'll have much more space to work with, as the tank's stand will be significantly taller than my example setup at the conference. 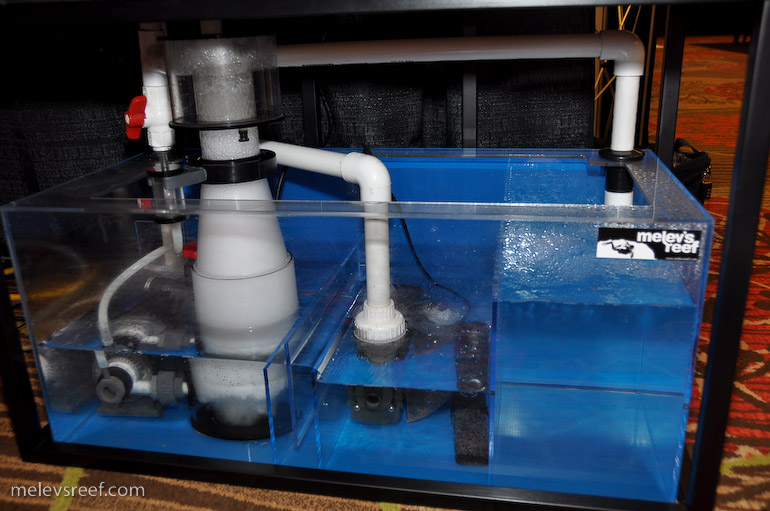 All fittings were glued with clear PVC primer and PVC cement.  As the pipes were glued into the fittings, the extra glue was wiped around the fitting with a fingertip to create a fillet of cement to assure no leaks.  Often I read about poeple dealing with microbubbles with new plumbing and glue, but the tank ran bubble free immediately because of the way my sump is designed and how the glue was applied 24 hours prior to the event.

Additional information:
The skimmer used is a Reef Octopus Cone skimmer, and a Mag 5 return pump was perfectly matched for the 40g breeder atop the steel powdercoated stand.  During the show, I had to use two 100w Cobalt heaters to maintain proper temperature in the somewhat chilly exhibitors hall. ClearFX Pro was used to assure excellent water clarity throughout the event.