If you have ever acquired liverock that came from Florida, odds are it had a few individual polyps that extended short tentacles.  Those are called Cup Corals, and don't live long in our aquariums due to a lack of a regular food source. Generally I would just advise that you enjoy them for as long as they last. Cup Corals are not sold to hobbyists, they are a free hitchhiker coral that come on rock sold in the aquarium trade.

I purchased some live rock earlier this year, and spotted something interesting as I peered intently at the rock. Something different from the common cup coral... so I asked my friends to help me identify it: Phyllangia americana, also known as the Hidden Cup Coral.  The primary difference are the elongated tentacles; they look quite similar to those of Dendrophyllia to me.  Here's an overly edited picture so you can see the coral clearly. The tips come to a point; they don't display a ball which would have led to a different identification. 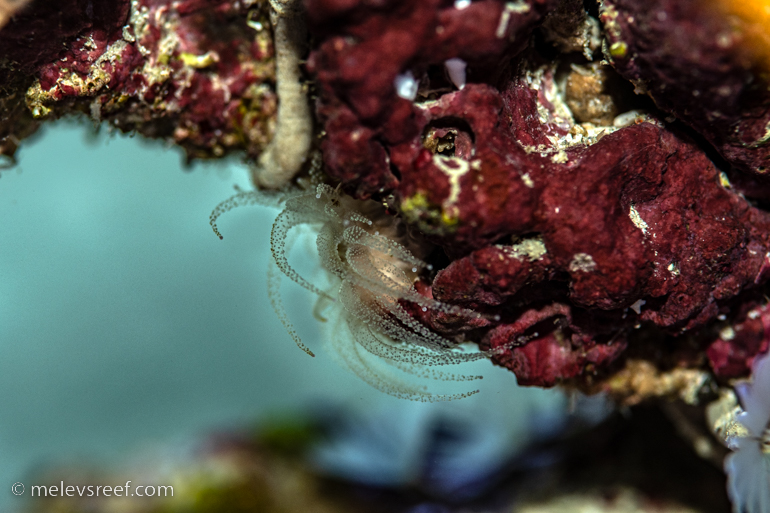 This specimen is located on the underside of a piece of rock, away from any direct light, and partially obscured from view. Looking at it with the naked eye, it's opaque, the tentacles swaying in the flow, which stretch out to be about 1" long. In this next picture, you can see it directly under the vertical brown tube of a small fan worm (or hitchhiker feather duster). The fish in the foreground is about 1.25" long. 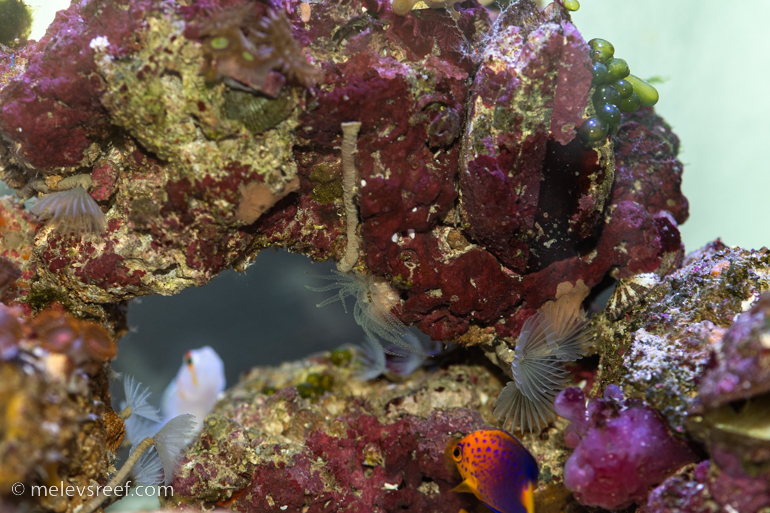 This polyp has a calcified base, meaning it is in the LPS family. It can easily capture larger food such as mysis. These cave-dwelling corals rely on nutrients that drift through their tentacles. 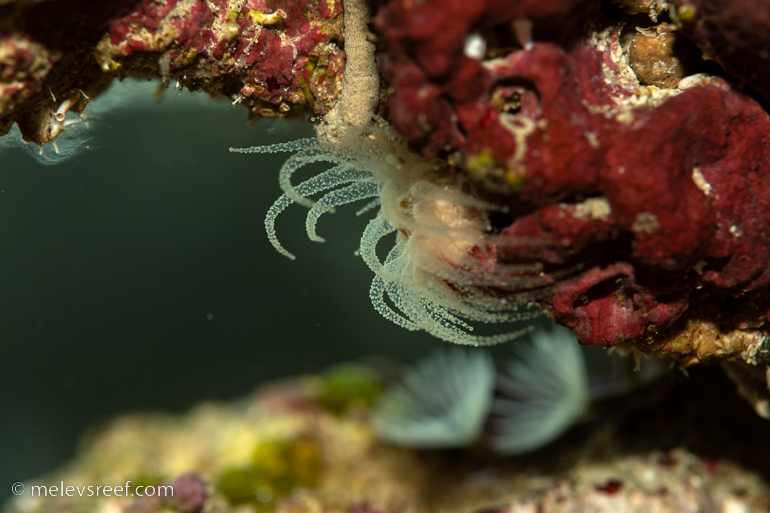