In a previous blog, I mentioned that I bought some live rock from a Florida business. Over time, I've observed all sorts of life appear from the nooks and crannies of the rock.  Initially I spotted one feathery looking organism that wasn't in a good spot that I could photograph.  In the meantime, not only has it moved... I've spotted five of them. They are called Hidden Sea Cucumbers (Pseudothyone belli) 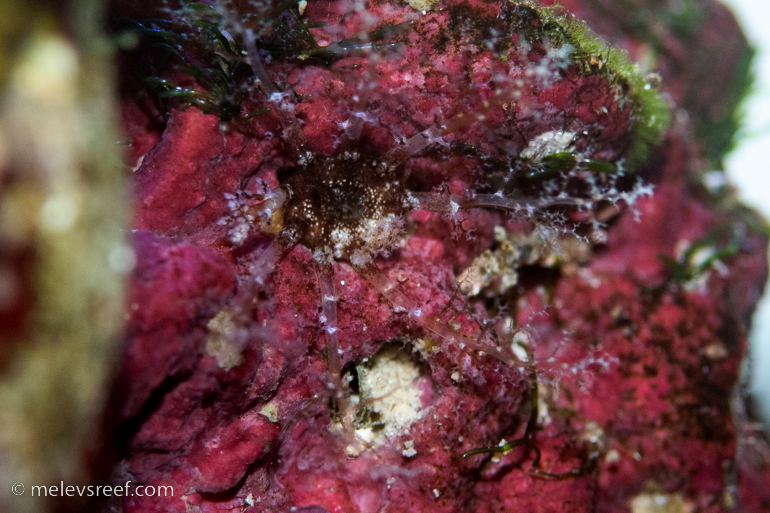 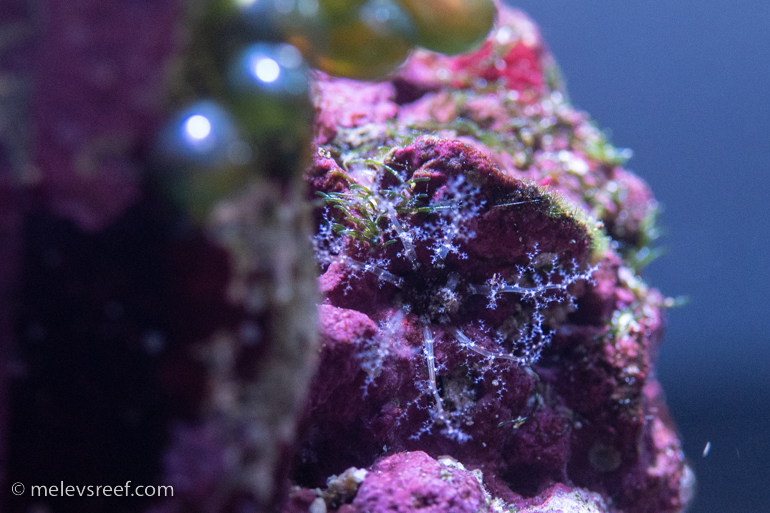 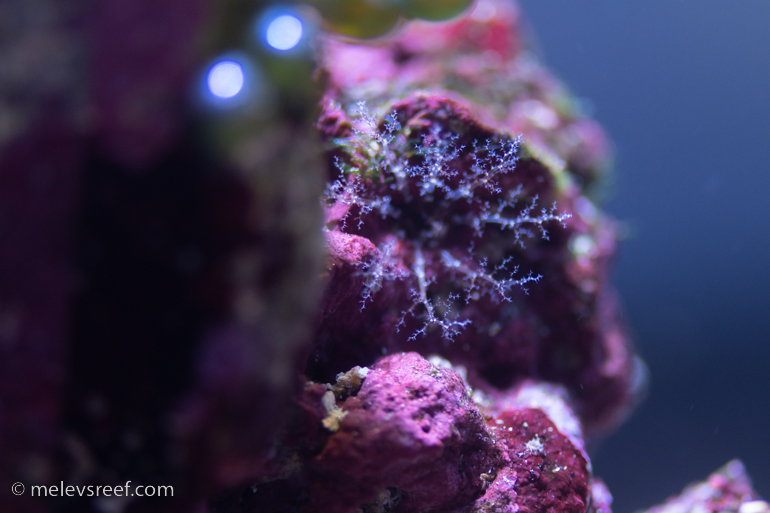 Their bodies are inside the rock, rather than on the surface. The only part that is visible is the crown, the filter feeding appendages they extend to trap food from the water column. 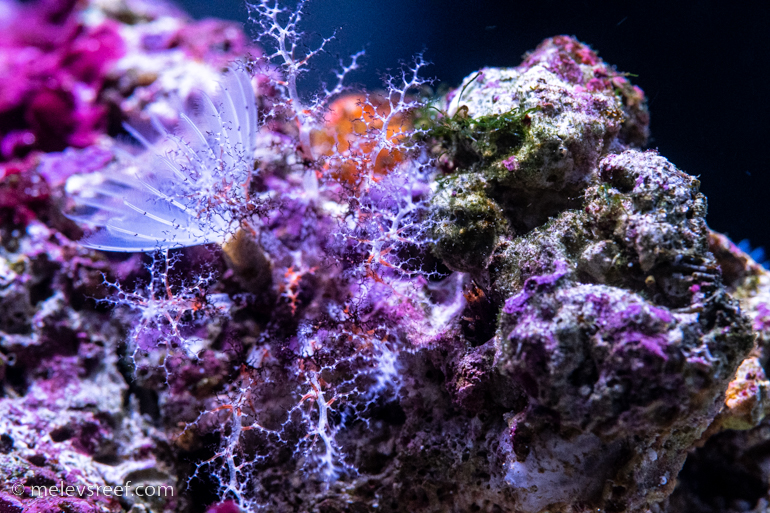 The fractal form of each branch is designed to trap plankton-sized morsels of food, which the animal then retracts, bending it into its mouth to 'lick it clean', and then it does so with the next branch, and so on.  Other cucumbers as well as the vividly-colorful Sea Apple eat in this same fashion, which can be rather satisfying to observe. 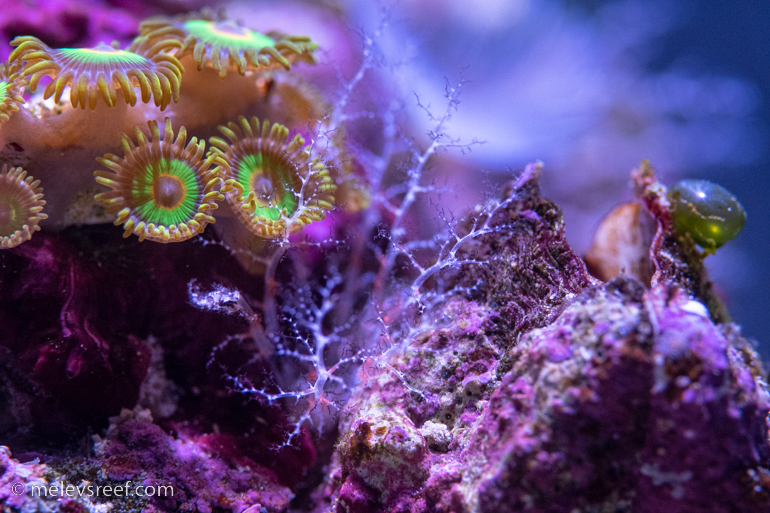 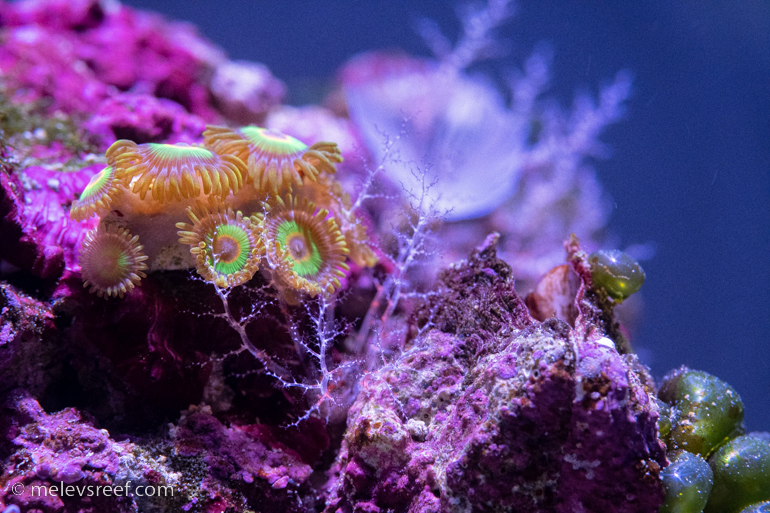 For these creatures to survive longterm in a reef, they will need to capture enough food to sustain themselves. In a pristine SPS reef, this may be more challenging, but in this particular aquarium I believe they should do well as the tank's only filtration is reliant upon a  weekly partial water change. I'm hoping all sorts of neat things grow due to the water being dirtier, which is common for a softy-based system.

Hopefully I'll spot the entire animal and get a picture one day. For now, I'm just enjoying the colorful display of these hidden cucumbers.