When I built my sump way back in 2010 for this 400g reef, I made a bigger bubble tower for the three drains.  That seemed rather simple.  Then later I added the 60g anemone cube that had to drain into the same spot. And I also added the biopellet reactor's output into that spot.

And essentially it made things louder.  I tolerated it, but it was especially annoying after I fed the tank each night.  Once food hits the water, the surface tension of the saltwater changes and the sound of it falling into the sump was louder.  My work around was an acrylic lid with some holes drilled in it.  This helped muffle the sound, but it still didn't really fix the situation.

About six months ago, I decided the cure was to make a better lid with bulkheads installed, then route the plumbing into each one. The bottom of each bulkhead has a very short piece of PVC to contain the water pouring out right at the surface of the water in the bubble tower.  But as you know with anything this specific, it's not a quick task so it was put on hold indefinitely.  For the past 40 days or so, it's been on my hit list.  Do it, Marc, do it.

Tonight I decided I'd had enough.  I made a quick prototype out of pink foam to double check my measurements, installed it and it worked. With that information at hand, I made a new lid out of black 3/8" scrap black acrylic, drilled five holes for five bulkheads and installed them all. They barely fit, but I wasn't about to give in at this point.

This is a very crowded spot, but I tried to capture a couple of pictures to show you. 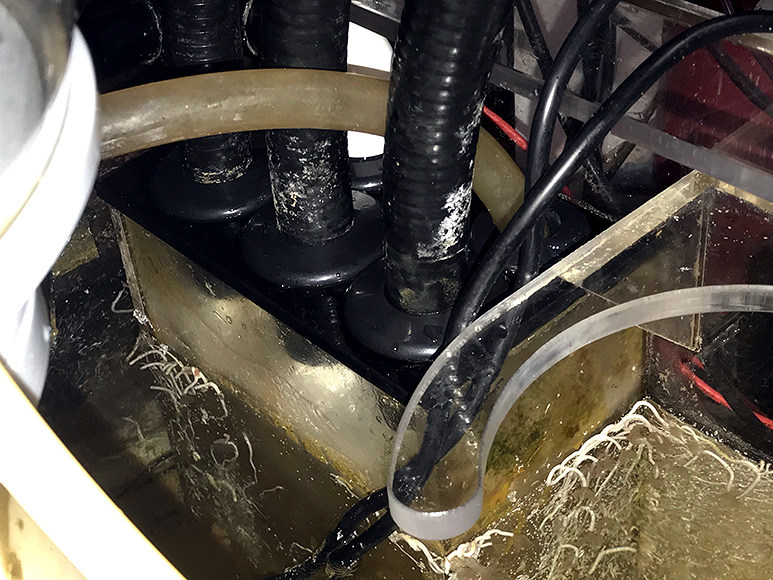 I was more determined to see how it would work than I was to clean it all up like new, so that will have to wait until another day. The drain pipes were just inserted into the new bulkheads, that's why they look so cruddy. 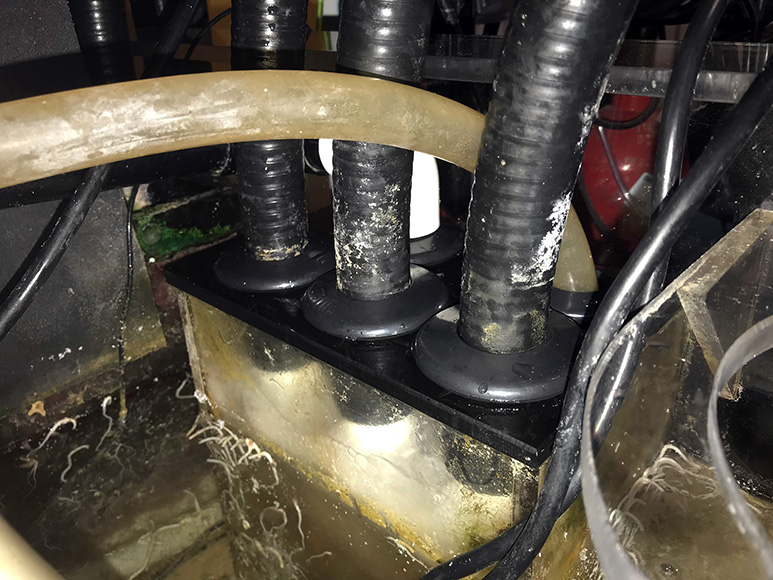 Nice to finally have this job done and off my mind.