I'm behind on blogging - and that's not good.  Overall, things are just growing quietly. I took a bunch of pictures, primarily from above. That's because the best view is from that vantage. If you aren't making it a point to look down on your reef from time to time, you're definitely missing out.

All pictures were taken with a Nikon D90 and a 35mm lens with a low f-stop. 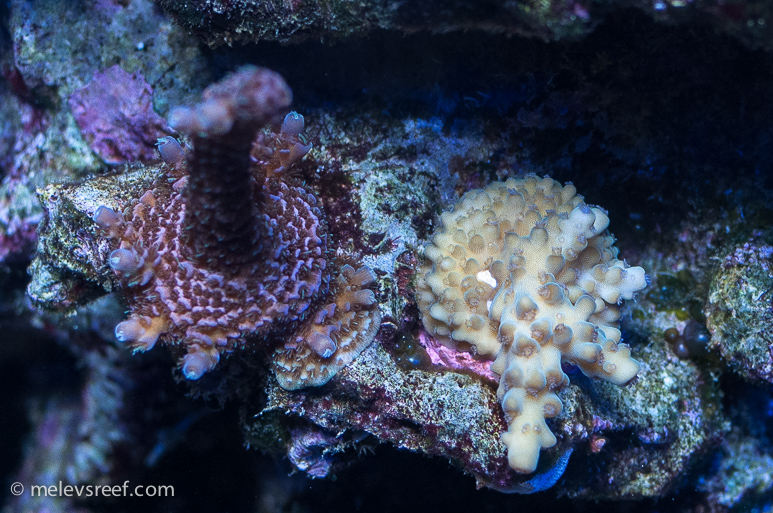 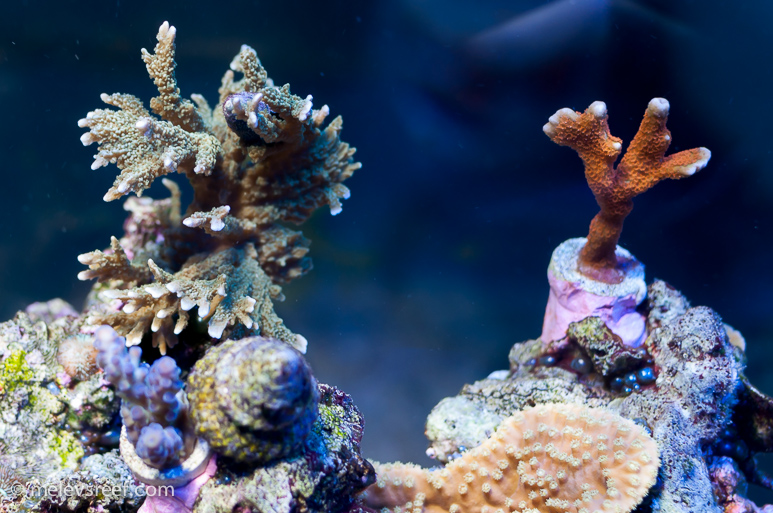 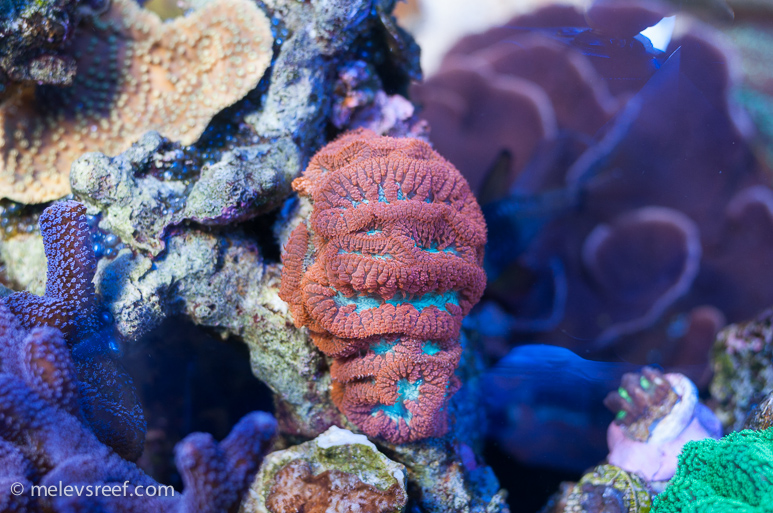 They say good things start small. Below are two very small bits of Walt Disney acropora. This is the third time I've had to relocate this fragplug, it keeps getting knocked around. I puttied it into place, and if all goes well it will turn into something big and pretty one day. 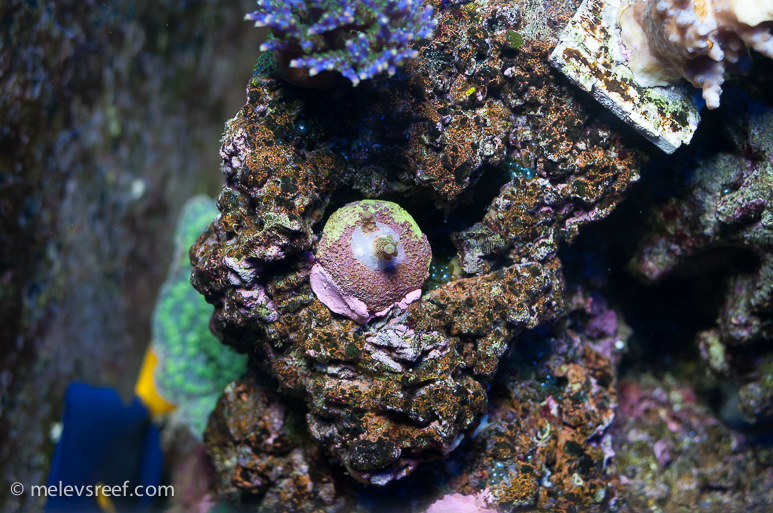 Here's a closer look. This is under 10,000K lighting, so not as vivid as those pictures you see on the web. 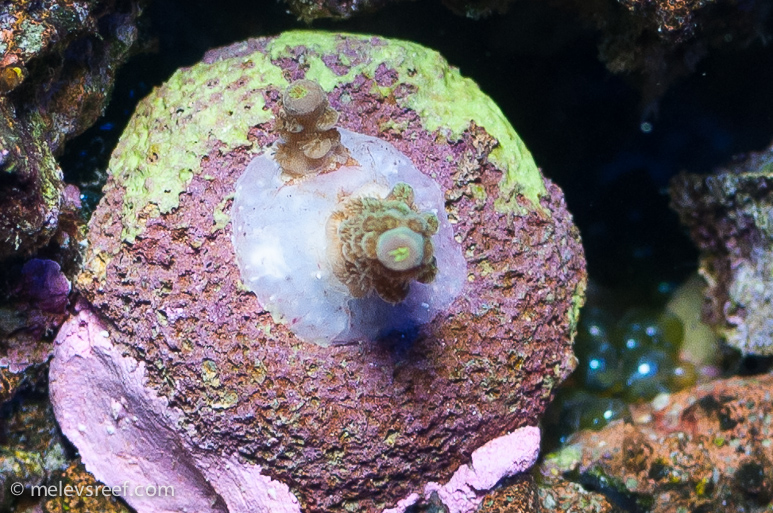 The Shadowcaster is encrusting wherever it touches rock. 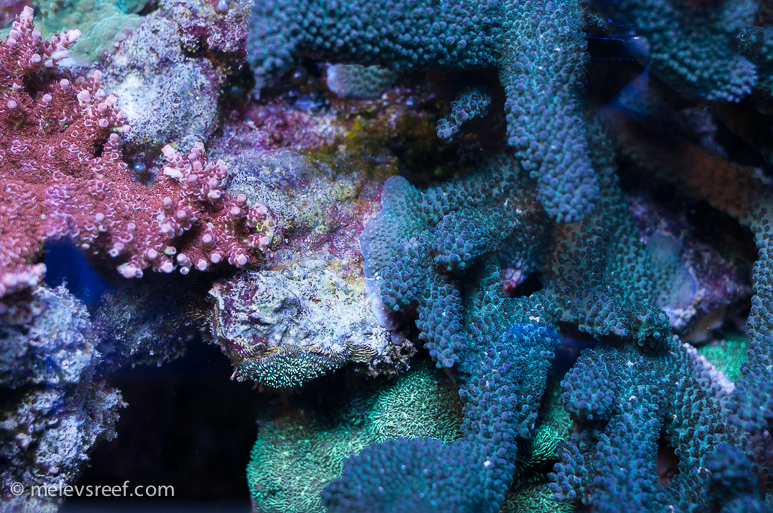 And in the next picture, you can see some of the yellow/green that peeks out of that red acropora. This is only visible from above, especially under blue lighting. 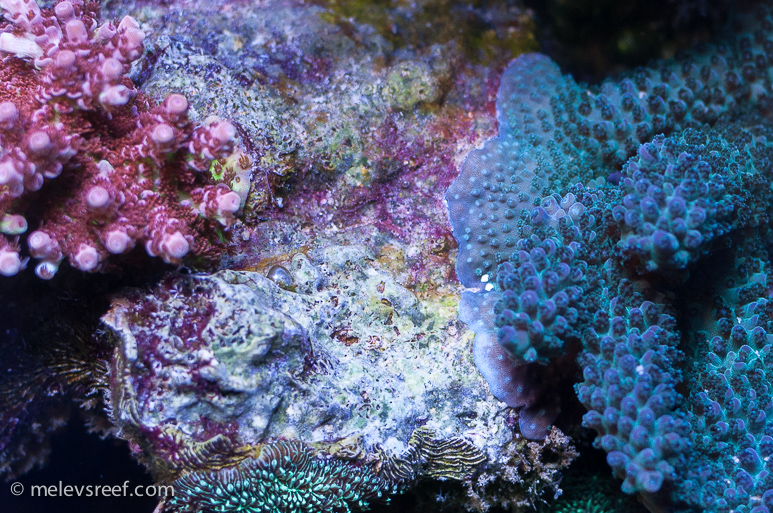 This little acropora came from the club's Fragging Demonstration last January. It's much prettier from above... 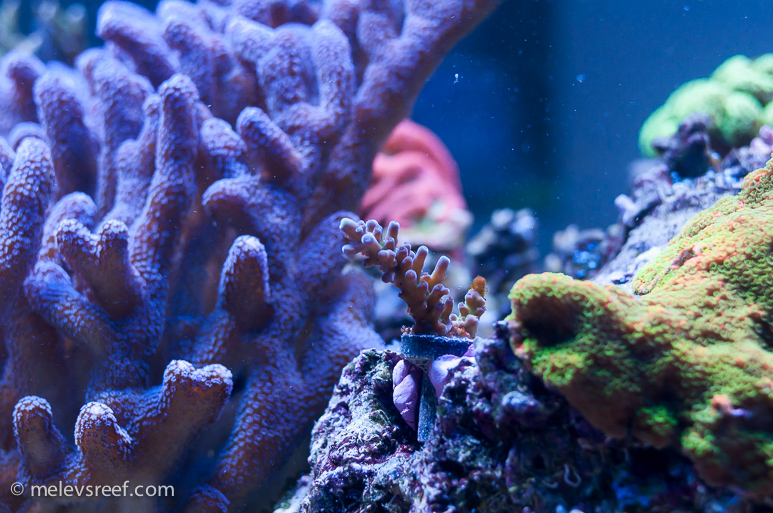 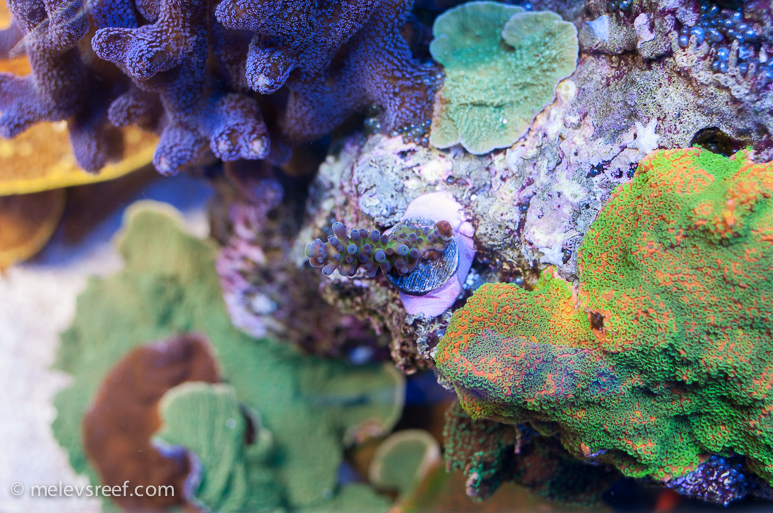 This maze coral has been with me for 13 years. It comes and goes, just like the tide. Currently it's happy, and spreading onto a nearby rock to its left, but a lot of its tissue has perished over the years. It's a slow grower, so any losses are more frustrating to me.  Above it, the lobo is looking picked at; that's because the Copperband butterfly keeps picking at it.  I wish that fish would leave this coral alone. 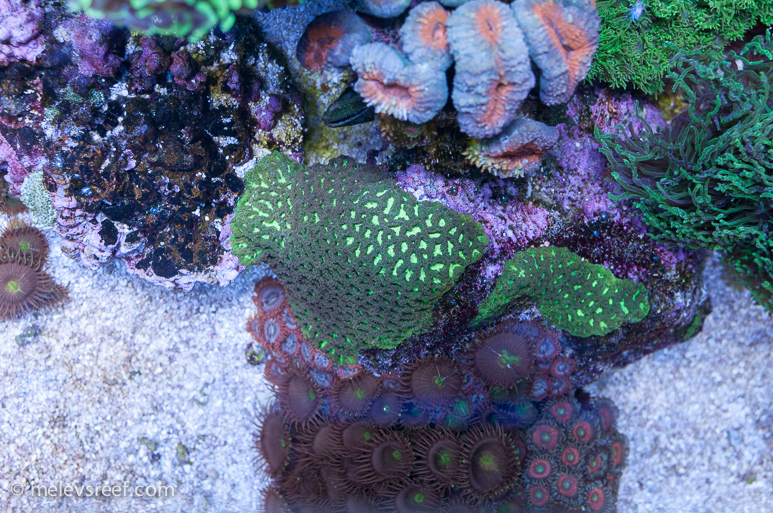 It's a good thing I glued a frag of the Lime In The Sky acropora to this rock far away from the sebae anemone, because the main colony is really taking a hit from that 'nem. 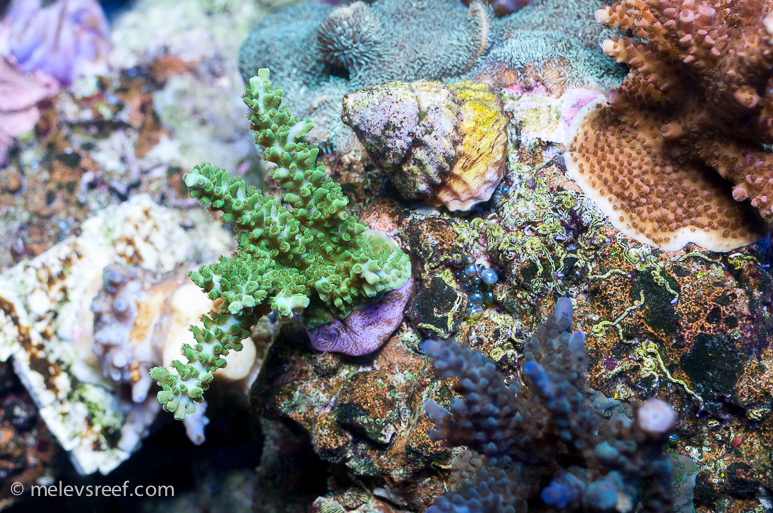 This coral is named because of the blue hue within the tissue between all those green polyp structures. 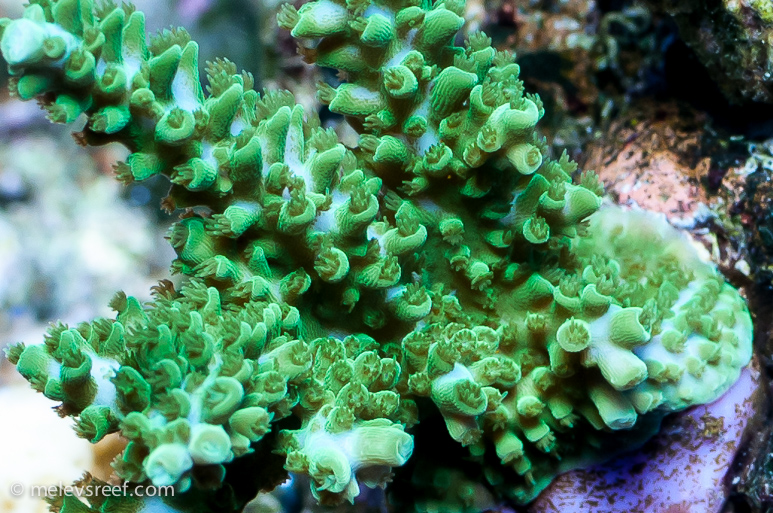 Here's the parent colony and its NEMesis. 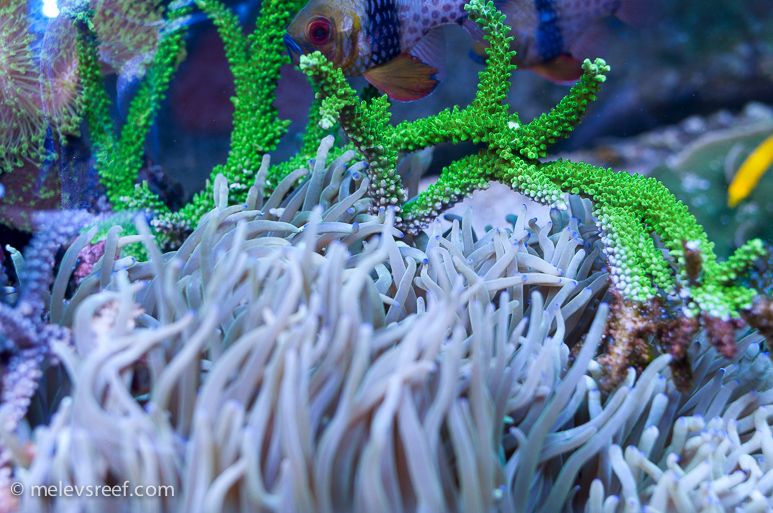 The purple grape montipora hides behind the rockwork in my reef, visible only from above, or from the backside of the aquarium. 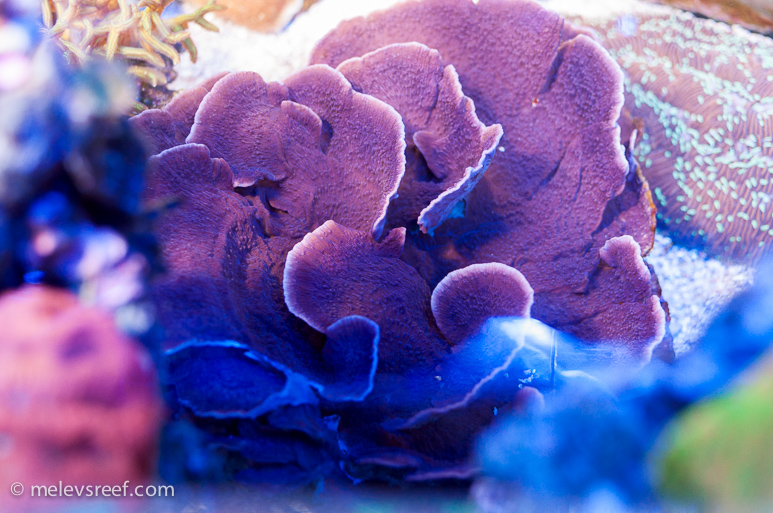 The green and purple looking monti in the bottom of this picture is all that remains of a frag I got from Sea World San Antonio. It may be the Appleberry Monti. I'll need to cut it and relocate it to a safer spot, away from the Sunset Monti. 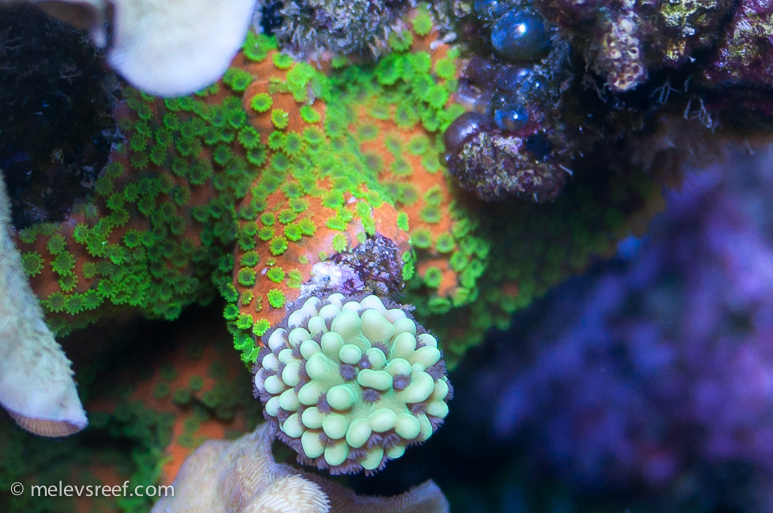 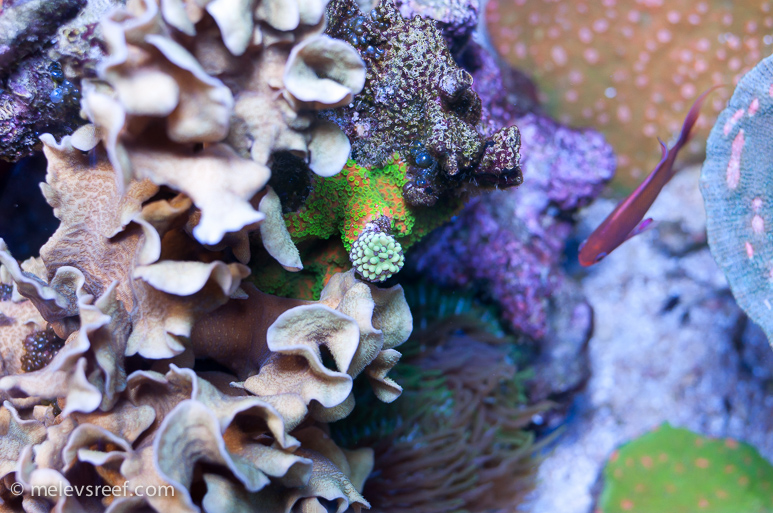 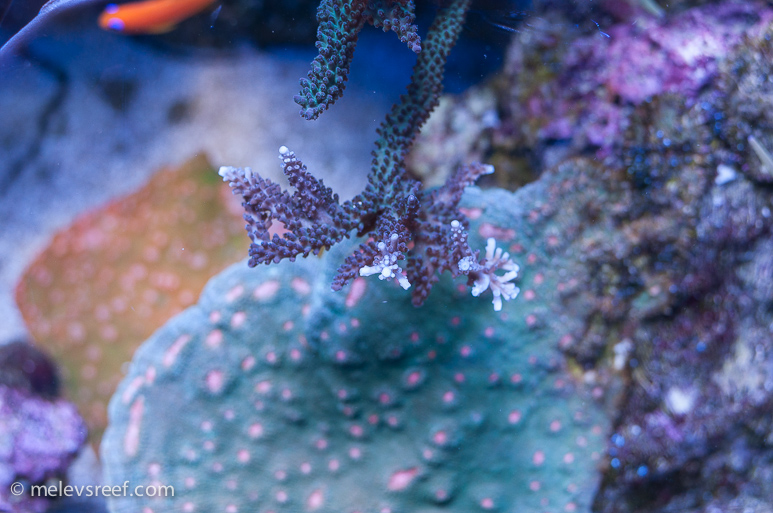 I'm going to name this shot "Spock and friends" 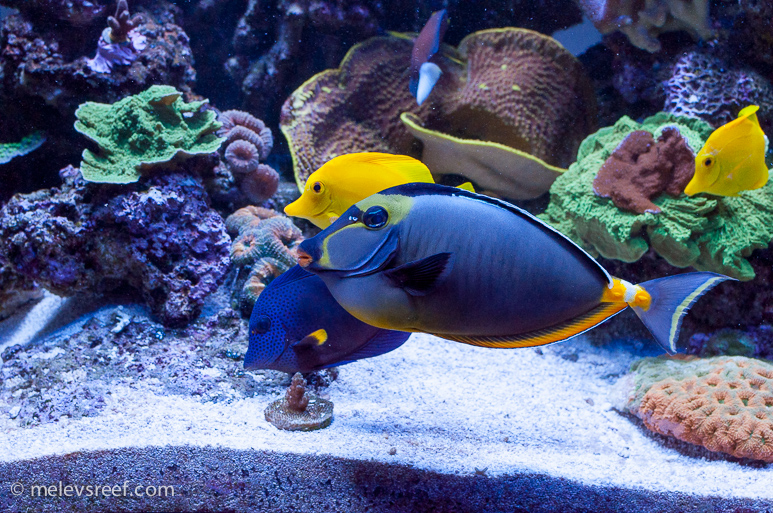 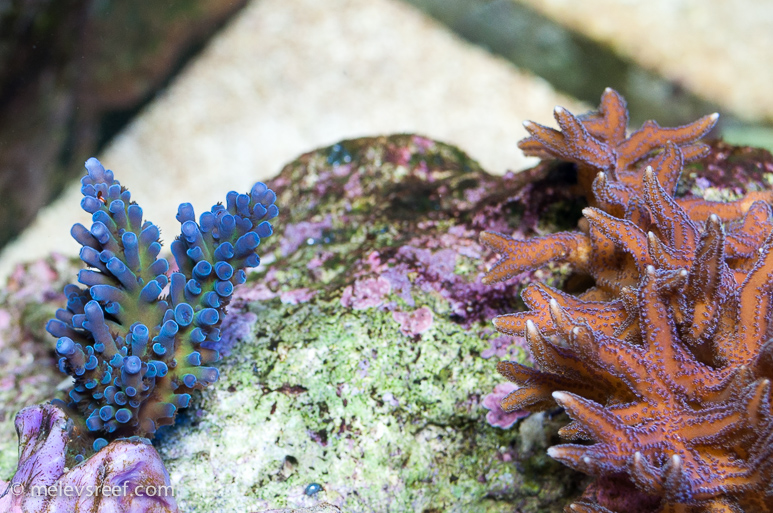 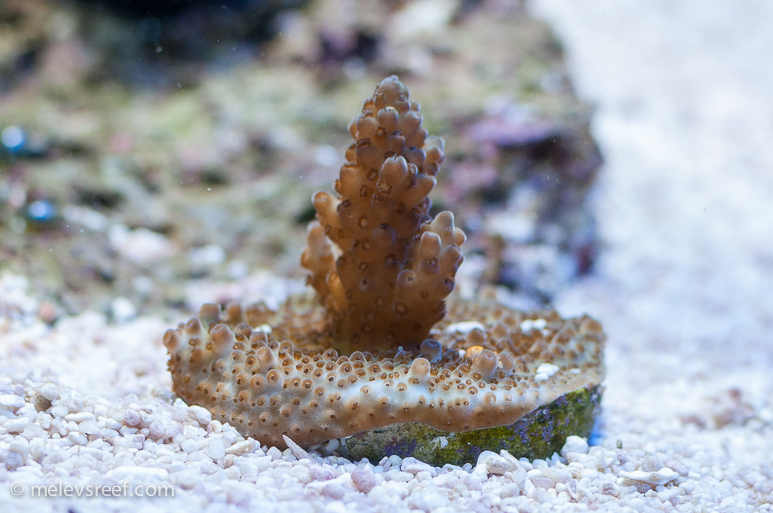 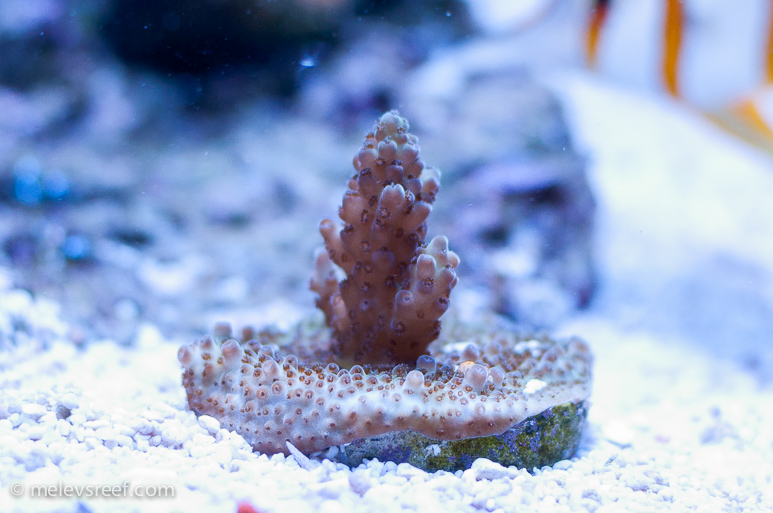