Continuing from the previous blog, here are a few more actinic shots. I really wanted to capture a decent reflection shot, but the blue lighting doesn't help make it easy. 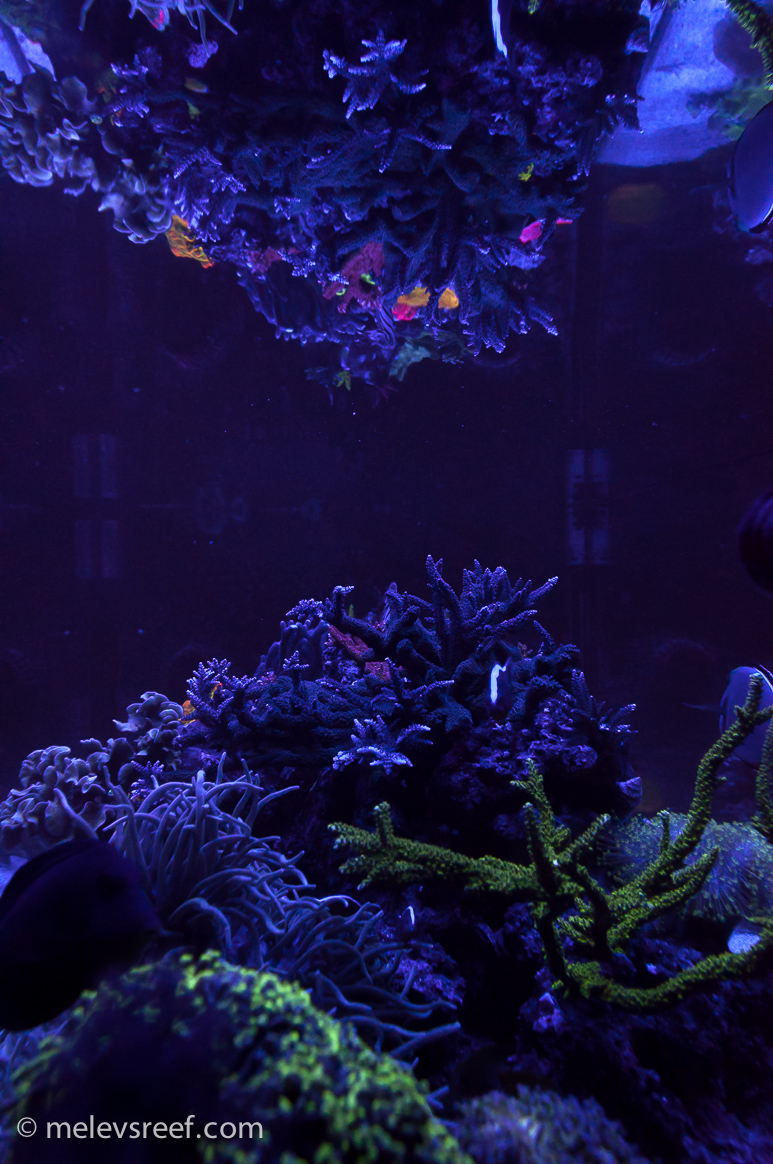 Of all the SPS corals, I just adore the polyps on a montipora species. I can never get enough of them.  And if you look really closely at this image below, some polyps are green while others have a yellow-orange hue.  That's kinda interesting, actually.  I have several areas of Sunset Montipora in my reef. 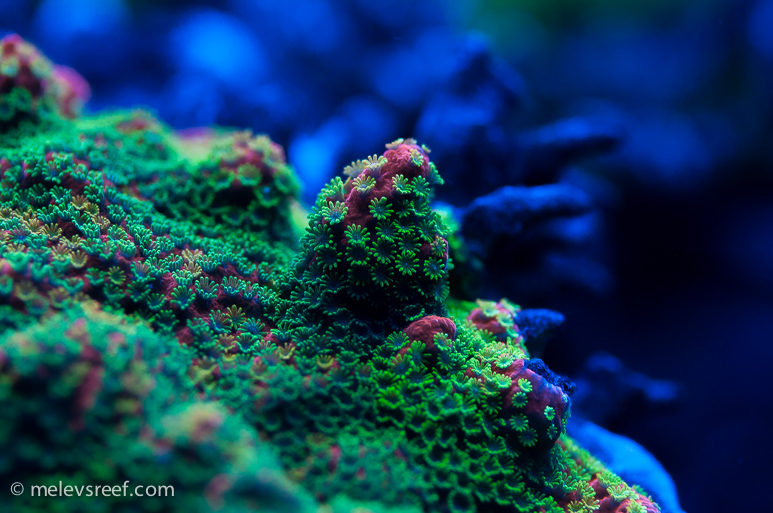 This Acan echinata was in the far right corner of the 400g for years, but about six months ago I moved it to a more open area. To my eye, it's really a light orange color, but this was the best I could do in post-processing. It looks too reddish in this image. 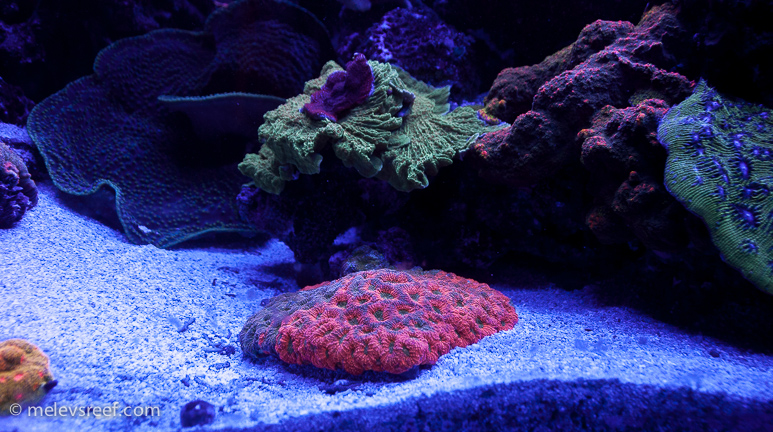 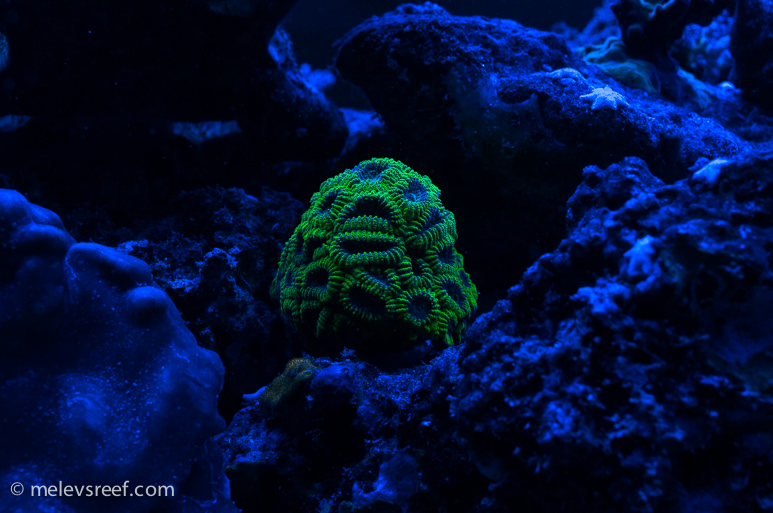 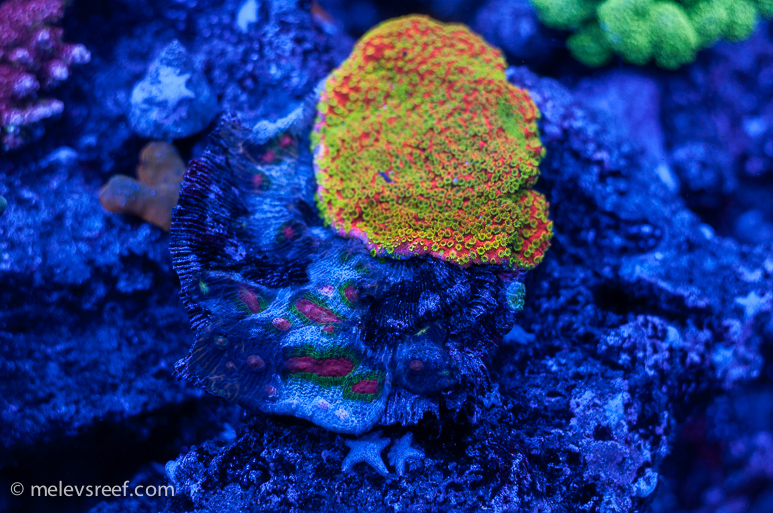 The lower half of the above image is a chalice that is being overtaken by Sunset Montipora. I need to pull this piece and run it through the wet bandsaw because that chalice is actually pretty unique.  The grey-blue area looks almost white under daylight spectrum, and the pink & green areas contrast nicely.

My Drew's Acro is colored up and looking great. Lots of new growth bursting out at the tips, and in the second shot you can see how it is puddling (encrusting) onto the rockwork (around 6 o'clock).  This coral is near the Shadowcaster, but growing in the opposite direction fortunately. 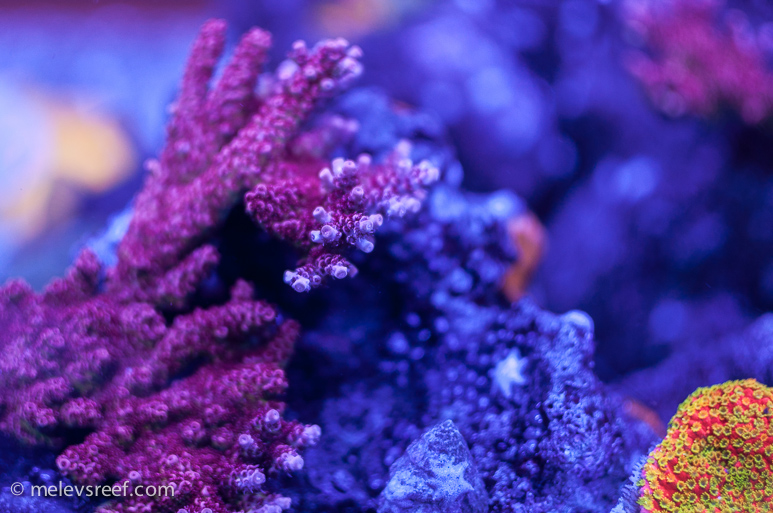 And finally this very drab coral that doesn't look good in actinics. Why did I include it?  Because it's an example of a coral that may not be a gem in 20,000K lighting, yet looks great in 10,000K lighting.  Also, this was a little nugget for about two years in the Anemone Cube, but I decided to move it into the 400g so it could spread out. And it's doing just that. 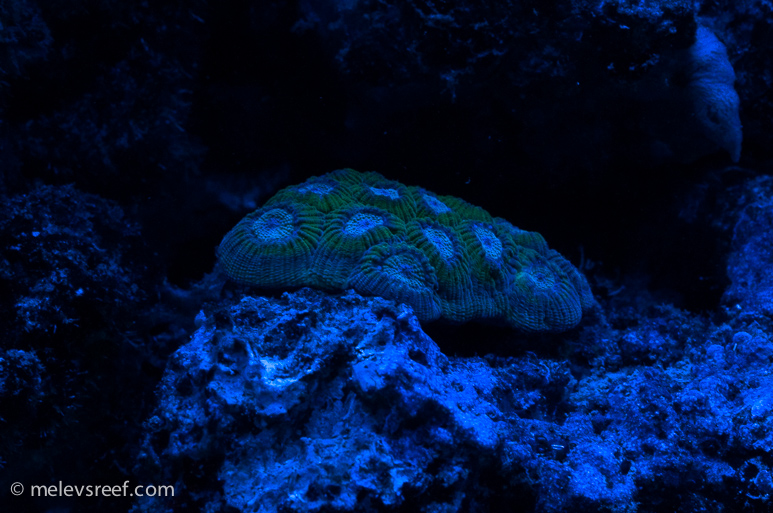