While taking a picture of the blue tort acropora that was recently mounted to the aquascape, I spotted something on the coral that I didn't want to see. To know for sure, I took a few more pictures with a couple of different lenses, trying to capture the exact spot I'd seen the first time.  It turned out to be real, I found two red bugs in my reef today.

I've not dealt with them since 2006 ( http://www.melevsreef.com/articles/red-bugs-no-more ), and my next thought was how far spread are these into my reef? I took pictures of a number of SPS, and studied each image carefully for any sign of them.  The good news is, I only found those on the blue tort so far. 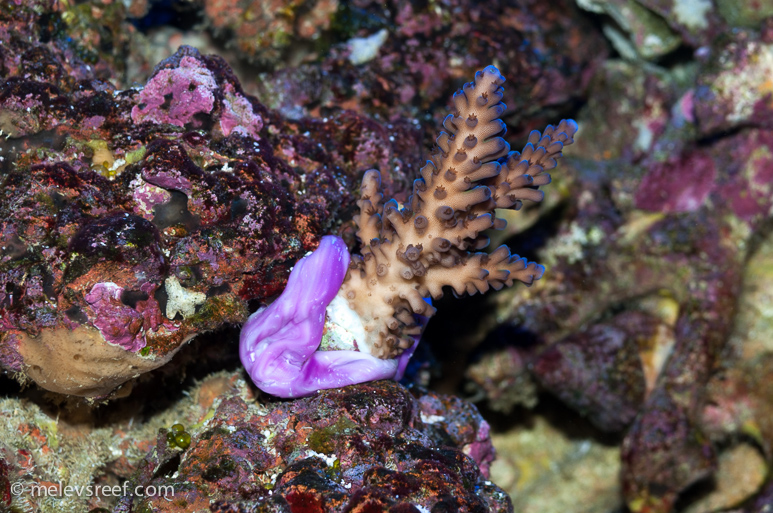 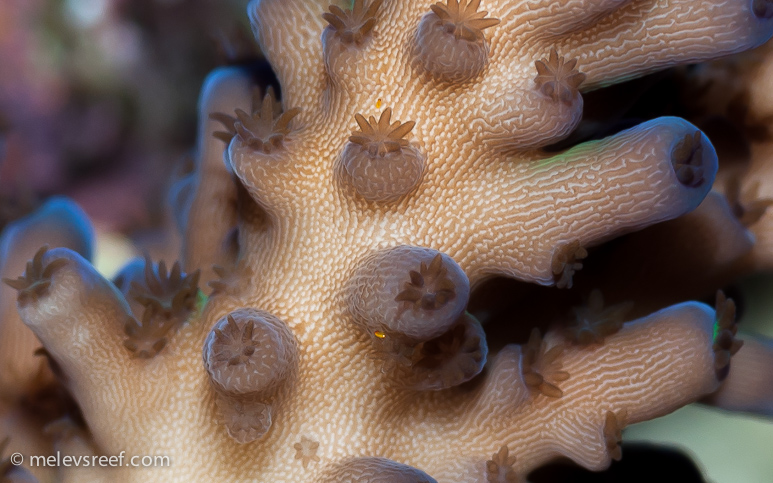 While my pictures of these aren't as good as a different photographer I admire, my images show their yellow bodies with the tell-tale red head area. Here are the other SPS I photographed. All of these appear to be clean. 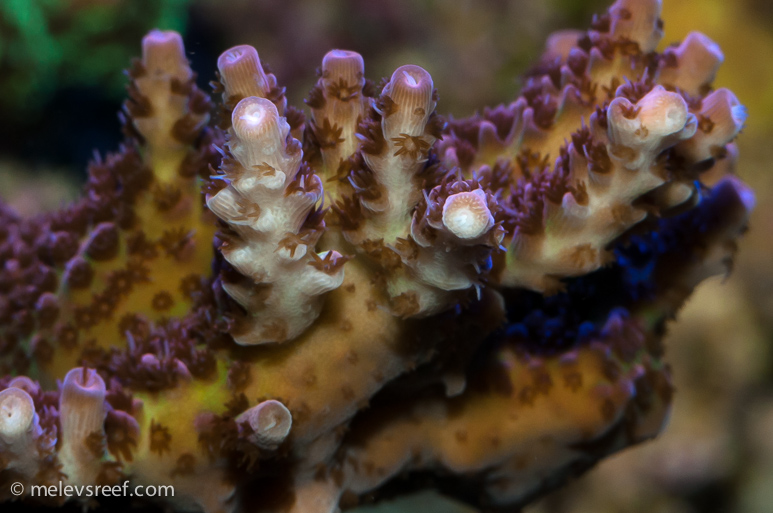 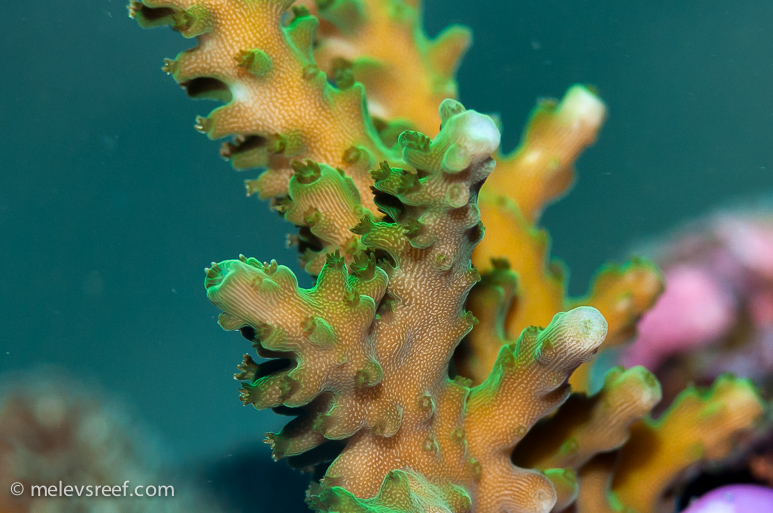 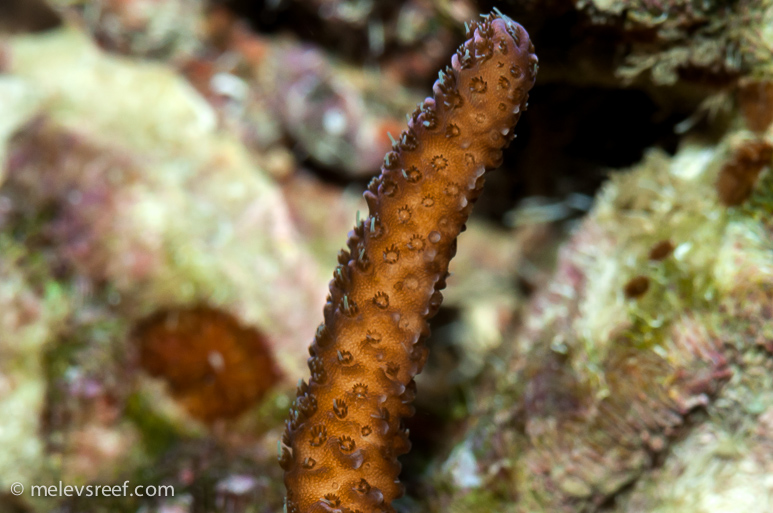 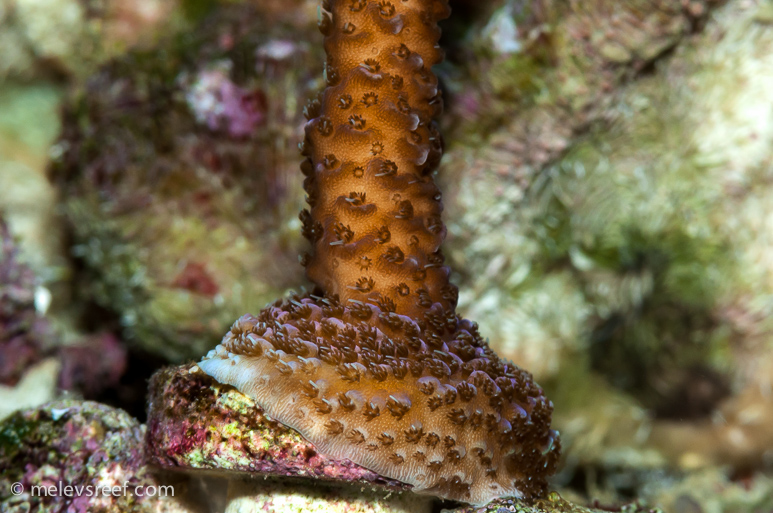 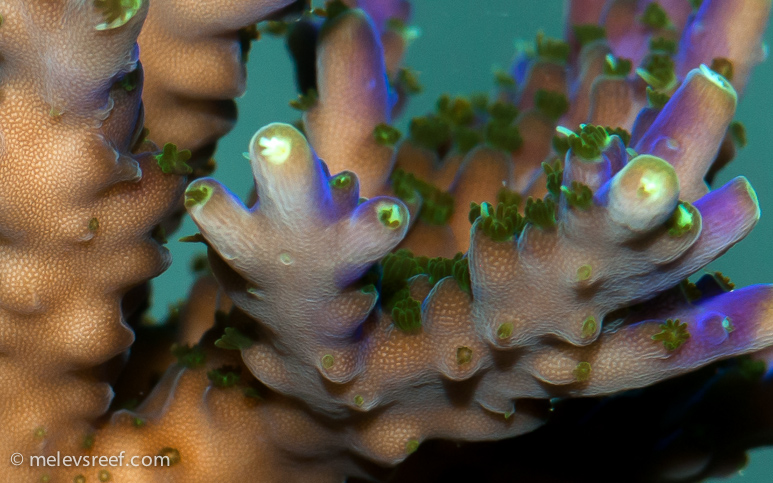 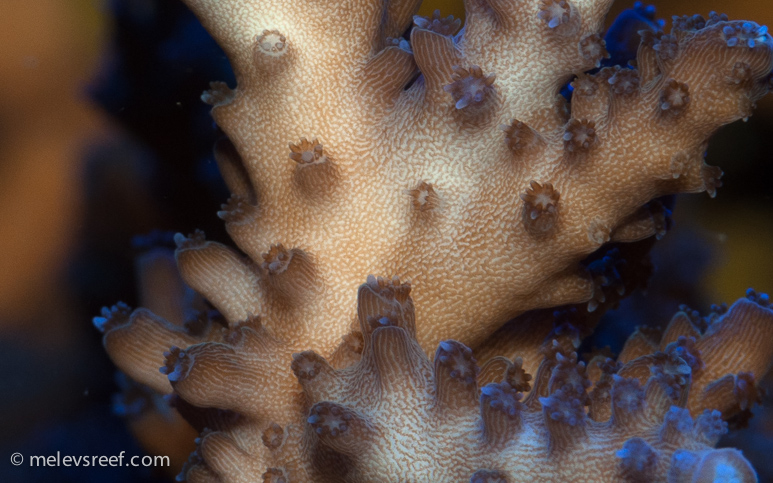 A buddy contacted me saying he has some Interceptor on hand, which would be the simplest solution. I do have a pair of Yellow Coris wrasses in my reef and now that the blue tort is affixed out in the open rather than hidden in a hole in the rockwork, they should be able to get to any and devour them. The question is just how many are in my corals?  Just the two I found, or are there more?